Adapt to thrive: how to stay ahead of startups

Established companies need to adapt their business models in response to evolving tech and other threats. Here’s how to embrace the kind of reinvention that secures longevity and a reputation for being cutting-edge 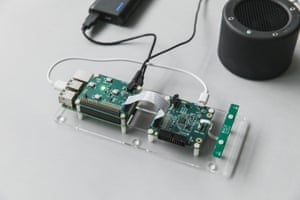 Of all the overused buzzwords championed by modern business, “disruption” is arguably the most ominous. The word has long had negative connotations – better suited to describing train delays, unruly schoolchildren or full-on social disorder. But its co-option by Silicon Valley to describe industry-upending startups and innovations has given the word a more positive vibe, albeit with a somewhat threatening air.

It’s a word that sounds particularly menacing to those who run long-established businesses. When faced with young upstarts trying to take the niche you carved out with your bare hands, there are only two options: adapt or die. But adapting means more than just tweaking or reconfiguring your business, it means reinventing your business model in response to evolving tech and other threats – the kind of reinvention that can help you combine longevity with being cutting-edge.

If this sounds daunting, bear in mind that some of the world’s biggest companies started life as something else. YouTube was meant to be a platform for singles to upload their video dating profiles. Airbnb was started as a site for conference-goers to find accommodation, often on an air mattress on someone’s floor (hence the name). And Netflix was originally a mail-order DVD service, before evolving to become the $15.8bn streaming powerhouse it is today. It did so by understanding its customer. As co-founder Marc Randolph has said, Netflix was about finding movies that customers love, which actually has nothing to do with how customers choose to view them. 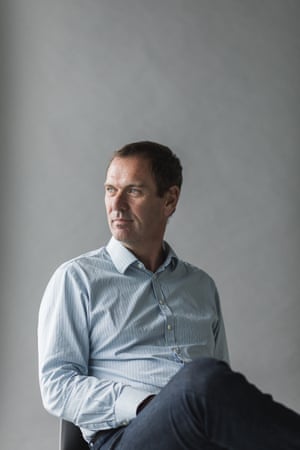 That’s what Stanford Swinton, partner at the global management consultancy Bain & Company, calls “defining the customer experience by the customer need, not the product or service”. It’s the difference between offering someone a mortgage, and helping them buy a home. “Being able to understand the need, where it originates from, how to fulfil it, how customers want it fulfilled and then being able to design end solutions around that need … that’s where most startups find their home,” he says. But he points out that established businesses can be well placed to pivot what they offer when or if that need evolves. He recently led an extensive study into customer loyalty, with more than 80,000 individual responses, that found it’s not necessarily startups coming out on top, but customer-centric brands, some of which have been around for a long time.

Established companies have many inherent advantages – from credibility in the market to a lower cost of capital. They can also use their existing customer base or production facilities to move into related areas of business – otherwise known as adjacencies. “There’s often a lot of hidden assets in large organisations that they undersell,” says Swinton. “Our research over decades shows companies [that] move into adjacencies with some level of competency in their current business, a certain commitment or loyalty of customers, the ability to leverage existing capabilities, talent, management – all of that matters.”

In Bristol, Mark Lippett, CEO of the semiconductor company Xmos, had realised the prosumer audio space the firm had built a reputation in wasn’t going to be big enough for it to achieve the sort of returns needed to survive. Ten years after launching, the team pivoted their focus to voice technology after noticing two or three big customers were using their existing audio solutions with multiple microphones. The company has since signed a partnership with Amazon Alexa, developed an AI-enabled processor that makes voice assistants aware of their surroundings, and now has its eye on the rapidly evolving internet of things market. “The decision to pivot was really based on the fact that we could borrow some credibility, and use that to build or accelerate our growth in this new market,” Lippett says, adding that he puts their success down to “being a bit obsessed by what your customers are doing and why they’re doing it”.

Loyalty of customers, the ability to leverage existing capabilities, talent, management – all of that matters

Korean electronics powerhouse Samsung started life in 1938 as a grocery store, before branching into textiles and eventually entering electronics in 1969, starting with black-and-white televisions. It acquired a memory chip company five years later that made it a leading manufacturer of semiconductors. Today it cannily exploits its adjacencies in consumer electronics and semiconductors, for instance by producing both its own range of Galaxy smartphones as well as supplying some of the key components used in the iPhones of arch-rival Apple. 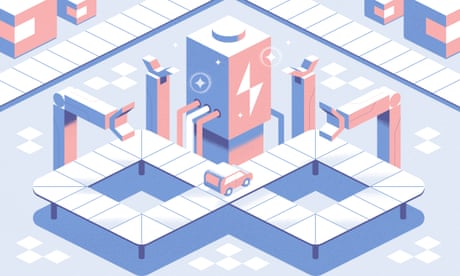 Fail fast, fail often: why it’s time to move on from this over-hyped mantra

Well-timed acquisitions also played a role in the reinvention of the construction company Elecosoft, which spent more than 100 years as a manufacturer, making pre-cast concrete, natural roofing and timber frames, before pivoting to invest solely in construction software. Today the company’s digital offerings include project management, estimating and site management tools that have been used on jobs including the Shard and the Victoria & Albert Museum. “The banks were on our back, we had no room to manoeuvre,” executive chairman John Ketteley says about deciding to pivot in 2008 in the midst of the recession. “The only way to survive was to raise cash, and the only way to do it was to sell the construction company assets. Then we put that into the software we were aware of and had been using when we were in construction.”

Joe Dwyer, adjunct professor of innovation and entrepreneurship at Northwestern University in Illinois, says companies today simply can’t ignore the need for radical reinvention. “The whole future we’re looking at is a future where cycles are so fast and changes are so substantial … that the likelihood any enterprise can stick with its knitting is very low,” he says. “One option is to have a large balance sheet and acquire these disruptors efficiently, but I think a better strategy is to also do some of your own disrupting because you can. To me, the future of business longevity is disruption, the ability to create changes in the market, or at least be on the wave [and] being proactive instead of reactive.”