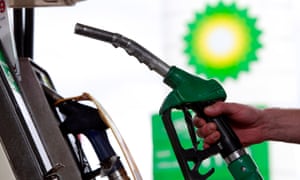 The outgoing BP chief executive, Bob Dudley, has agreed to bump up shareholder payouts despite a sharp fall in the company’s profits last year as he prepares to retire after a decade at the helm.

The slowdown in the global oil market has dented profits across the industry. The global oil price averaged $64.36 a barrel last year, down sharply from an average of just over $71 in 2018.

The oil price has fallen further to less than $55 a barrel this week amid investor fears that China’s coronavirus outbreak could dent economic growth in the world’s most energy-hungry nation.

BP’s chief financial officer, Brian Gilvary, said he expected the economic impact of the virus to wipe 300,000 to 500,000 barrels of oil a day from the world’s total oil demand. In response, members of the Opec have agreed to hold an emergency meeting to discuss cutting oil production to help shore up prices.

Despite the uncertain outlook for oil prices BP’s investors will still take home 10.5¢ per share for the last quarter, up 2.4% from the same period in 2018. Gilvary said BP can afford the shareholder dividend because the company is on track to boost cash flows, cut debt and sell off $15bn of oil and gas assets by the middle of next year.

BP shares climbed by 4.5% to 473p after the announcement.

The dividend is a parting gift from Dudley, who retires after 40 years with the group and will be replaced from Tuesday by the head of oil exploration and production, Bernard Looney. Dudley took over the role of chief executive 10 years ago after the Deepwater Horizon oil spill in the Gulf of Mexico, which killed 11 people and pushed BP to the brink of financial disaster after cleanup and compensation costs of more than $65bn.

Dudley said: “After almost 10 years, this is now my last quarter as chief executive. In that time, we have achieved a huge amount together and I am proud to be handing over a safer and stronger BP to Bernard and his team.

“I am confident that under their leadership, BP will continue to successfully navigate the rapidly changing energy landscape.”

Looney is expected to announce new climate targets for the company, which faces public outcry over its role in accelerating the crisis by continuing to increase its production of fossil fuels.

He will reportedly set new carbon targets for BP beyond the emissions from its own operations to include the emissions produced from using the fuels they produce, according to Reuters. The company may also sell off the oil and gas fields with the largest carbon footprints in Angola and Canada.

Looney told investors on Tuesday that he has “some big shoes to fill” because BP “wouldn’t be the company that it is today” without Dudley’s leadership. He will set out his plans for the company at a presentation on Wednesday next week.