The alternative search engine markets itself on protecting users’ privacy, but is it worth using? 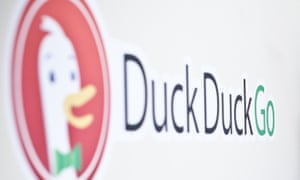 So is DuckDuckGo no good? Surprised you did not mention it. Murray

Following last week’s article about privacy and surveillance capitalism, several readers wrote in about the absence of DuckDuckGo, and it was mentioned a dozen times in the comments. I have suggested this privacy-oriented search engine a few times since 2012, and I think it’s worth a go. However, I’m answering Murray’s earlier query along the same lines because I can use his email verbatim rather than cobbling together a joint question from multiple sources.

I will admit that Google is generally the best search engine. I was an early adopter and often recommended it. Google was also attractive because its home page wasn’t stuffed with advertising, and because of the company’s old motto: “Don’t be evil”. This was a bit of a jab at competitors, who were said to be “kind of exploiting the users to some extent”. How times change.

Google’s prowess at search and its success at selling advertising created a virtuous circle. More users and more money led to bigger indexes of web pages, more servers and faster responses, along with better algorithms created by growing numbers of super-smart computer scientists. Adding Gmail, Maps and the Chrome browser reinforced its power. Nobody else could keep up.

Dominant web properties can decline dramatically – it happened to AOL and Yahoo, as Data Is Beautiful’s animated video shows – but most survive for a long time.

Theoretically, upstarts can displace incumbents by using new technologies to offer an (initially) inferior but cheaper product to a larger market, as described in Clayton Christensen’s book, The Innovator’s Dilemma. This appears to be impossible with Google Search, because its price is zero and its reach is almost unlimited. (Baidu dominates in China and Yandex is popular in Russia.) Google therefore looks impregnable, unless it loses its grip on the advertising market – no money, no search – or the US government intervenes. 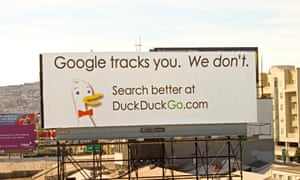 But Google has a weakness, privacy, which DuckDuckGo attacks. Indeed, it describes itself as “the internet privacy company” where Google is obviously “the internet advertising company”.

It follows through with a Firefox extension, DuckDuckGo Privacy Essentials, its Privacy Weekly newsletter, a blog at spreadprivacy.com, and annual donations to privacy causes. The blog offers practical advice, which includes suggesting alternatives to other Google products.

Google Search is free at the point of use, but the company makes more than $100bn (£76bn) a year from advertising based on tracking and targeting users. DuckDuckGo is therefore undercutting Google “on price” by not collecting any information, not storing your searches, and not tracking you across the web. This means it can’t sell personalised advertising, and it can’t deliver personalised search results. Also, governments can’t get your data, because there isn’t any.

None the less, DuckDuckGo does have ways to make money, and it is profitable. Mainly, it uses the old idea of selling ads against search queries. If you search for cars, you are likely to see car ads. This is probably how most search engines make most of their money.

In a blog post, DuckDuckGo argues that Google’s and Facebook’s business models “don’t need to be this invasive. It is a choice to squeeze every last ounce of profit at the expense of privacy, democracy and society. A choice they don’t have to make. Without all this tracking, I’m confident they would still be among the most profitable companies in the world, and we’d all be better off.” 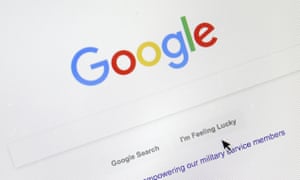 Google should deliver the best search results because it has the biggest, freshest index of websites and the smartest search algorithms. However, this does not guarantee the best results. DuckDuckGo can compete because, sometimes, less is more.

Personalised search is great in theory but can be flawed in reality. For example, if people are wrong about, say, vaccinations or climate change, personalised search could end up reinforcing their misconceptions instead of correcting them. This is known as the “filter bubble” problem.

Also, ultimately, it is more profitable for Google’s algorithms to keep users clicking, even if they end up in a swamp of conspiracy theories on crackpot websites. Of which there are many.

Further, even the biggest, freshest web index may have drawbacks. Google’s results can be swamped by blogspam – quick knockoffs of news stories that contain no original thought, and no original reporting. Good quality articles can get buried where hardly anybody will find them.

Google tries to deliver the results most people want, which works because most people are terrible at searching. Even half-baked questions can get impressive results. But if you’re an expert searcher, like me, Google’s algorithms can seem to ignore what you’ve typed in. In these circumstances, using the “verbatim” command forces Google to pay attention to the words in my query. It can make an astonishing difference to the results, but why should I have to do that?

Google’s search results have also been “gamed” for commercial or political reasons, or just for fun. This year, the “bad writers” of Game of Thrones Season 8 were “Google bombed”. How far can you trust search results when members of a Reddit forum can manipulate them? 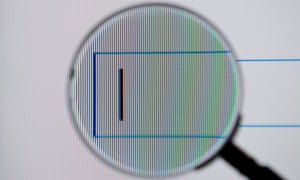 A good guide to DuckDuckGo has been written by its founder, Gabriel Weinberg, on Quora. I’m assuming you will read this, so I don’t have to devote 1,000 words to describing it. Suffice it to say that DuckDuckGo works exactly how you would expect a search engine to work.