Can the new Call of Duty League be the NFL of competitive gaming? 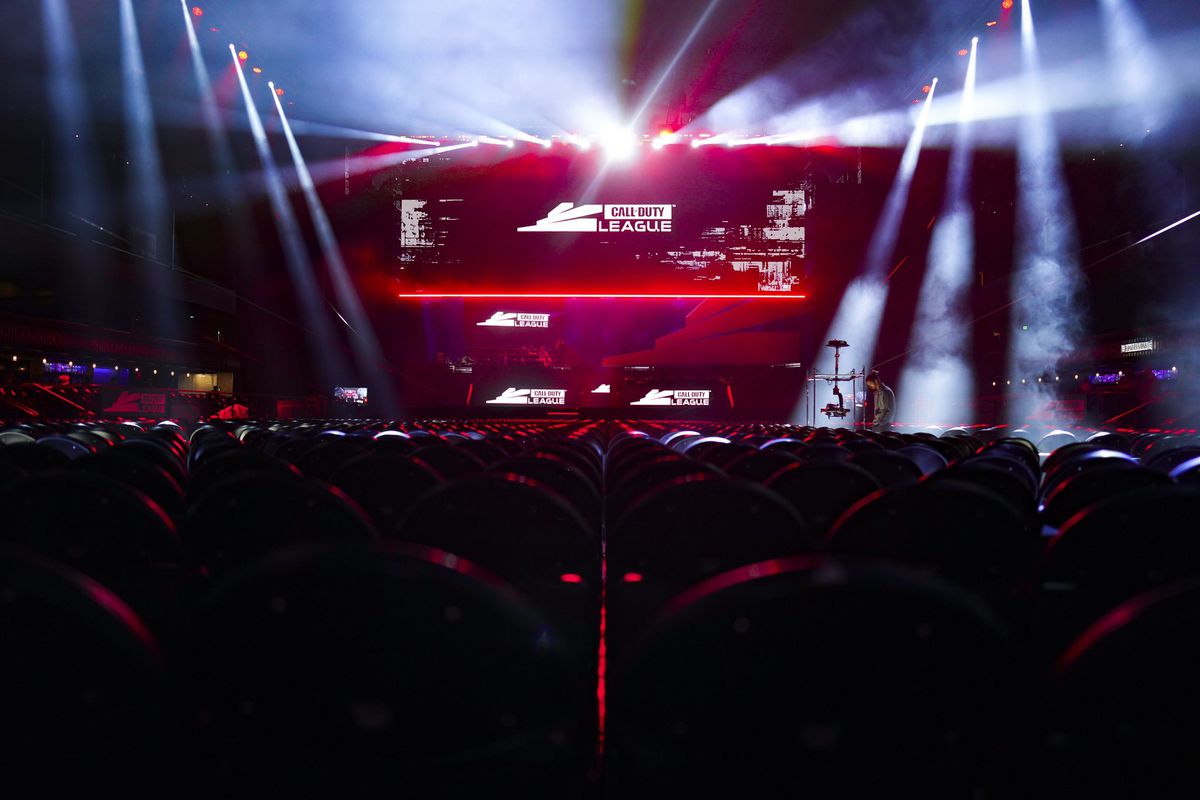 The Minneapolis Armory was home to the Lakers during the ‘50s, later became the site of iconic Prince and Aerosmith music videos, and in 1985, was designated to the US’s National Register of Historic Places. This weekend, however, it’ll be the scene for something very different: a glimpse at the future of professional Call of Duty.

It all starts on Friday evening when the Chicago Huntsmen take on the Dallas Empire in the very first match of the fledgling Call of Duty League (CDL). Call of Duty e-sports aren’t new, of course, but publisher Activision is aiming to take the concept mainstream with a league that closely mimics traditional sports like the NFL and NBA. “We want it to become something that’s broadly appealing,” CDL commissioner Johanna Faries tells The Verge, “something that a new viewer or casual viewer can latch on to or understand.”

The Call of Duty League features 12 teams spread out across 11 cities and four countries. Every two weeks or so, one team will host a tournament-style event in their home city, and points across all of these events will be tallied up, with the top eight clubs earning a birth in the playoffs at the end of the season.

One of the big changes for the league is the adoption of a city-based structure, with games played out across the world. Big-name owners from traditional sports have moved into the scene — the NFL’s Minnesota Vikings are co-owners of opening weekend host team Minnesota Røkkr, for instance — while long-running COD teams have been reimagined. Faze Clan is now the Atlanta Faze, while Optic Gaming, perhaps the most successful team in the game’s history, is represented by Optic Gaming Los Angeles.

HOW TO WATCH THE CALL OF DUTY LEAGUE’S OPENING WEEKEND

There’s a lot of Call of Duty to watch over the weekend. For the CDL’s debut, all 12 teams will be competing over three days in Minneapolis, for a total of 12 matches. If you can’t make it in person, the whole thing will be streamed on the league’s website. Here’s the full schedule:

The idea of creating an e-sports league that looks like a traditional sports league has become a fixture of the competitive gaming industry over the last decade. Riot Games attempted something similar when it introduced franchising to the League of Legends Championship Series, while China’s League of Legends Pro League already has city-based teams and sponsorship deals with the likes of Nike. Perhaps the most ambitious example is the Overwatch League, which began in 2018 and features 20 teams spread out across three continents. The league has slowly built itself up over two seasons, and in 2020 those teams will be hosting their own matches across the globe. But, prior to the CDL, that wasn’t the case for Call of Duty, where traditionally teams competed to qualify for and win major tournaments throughout the year.

Not coincidentally, OWL and the CDL are both under the same Activision Blizzard corporate umbrella, which Faries says “afforded us a tremendous amount of insight very quickly in this process, as we reimagine what a new e-sports experience could be. Overwatch had tremendous success being truly a pioneer of the city-based model. We believe in that structure here.” This seems to be true of the owners as well; 10 of the 12 ownership groups in the CDL also own an Overwatch team.

The Minnesota Røkkr are one of the exceptions. And part of what attracted co-owner Gary Vaynerchuk to Call of Duty in particular is its prominence in pop culture. “It’s stuck in the culture,” he explains. “The difference between Call of Duty and, let’s say Doom, is that cool people play Call of Duty. The coolest artists, rappers, athletes, celebrities didn’t talk about Doom. It was still nerd culture. We’re at a point now where video games are part of pop culture, and Call of Duty sits very high in that lexicon.” 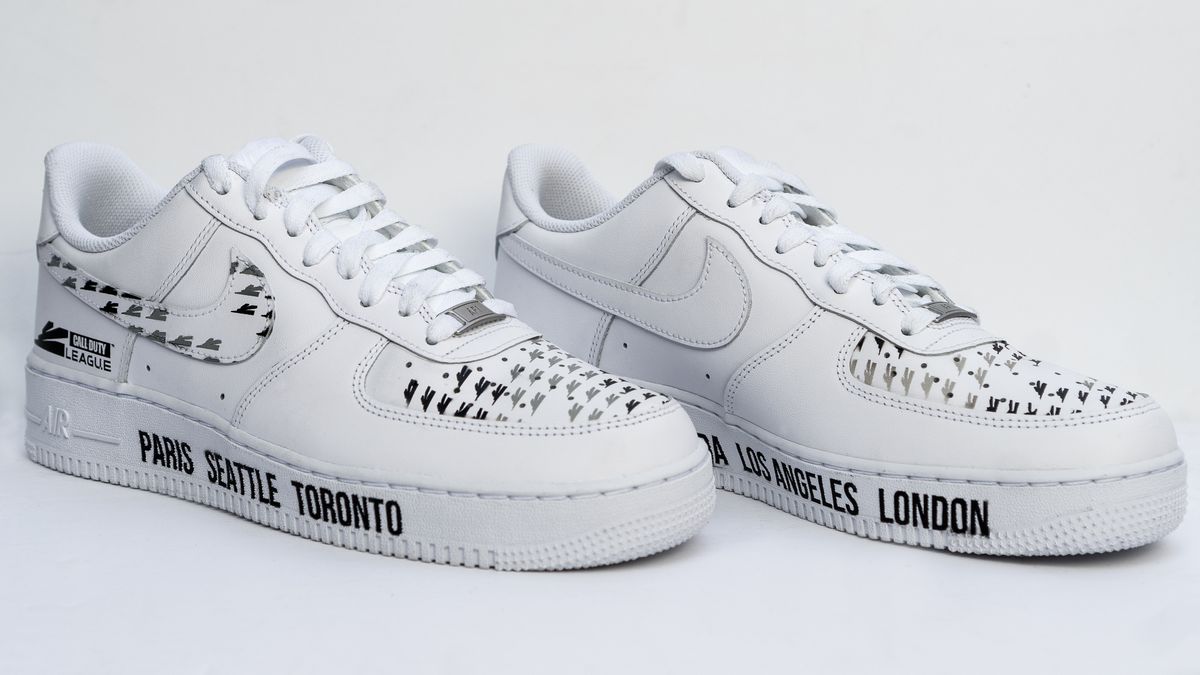 The CDL is attempting to leverage that when it comes to its live events. The league has introduced something called “hype battles,” which are essentially 2v2 celebrity death matches. At the Minnesota event, stars like musician Vince Staples and Minnesota Timberwolves center Karl-Anthony Towns — the self-proclaimed best Call of Duty player in the NBA — will take part. Similarly, the league is making efforts to turn its own players into mainstream stars, starting with a five-part documentary series called The Campaign, which follows the Chicago Hunstmen during the weeks leading up to the CDL’s launch. The league even partnered with famed sneaker designer Salvador “Kickstradomis” Amezcua to create custom shoes for its players.

“IT’S STUCK IN THE CULTURE.”

And even though a game hasn’t been played yet, the league has already proved to be very agile. Initially, the CDL planned to have what it called a “world tour” structure, with each city hosting two events throughout the season. But after complaints from both fans and players, the league reversed course, with a new schedule that has fewer events as well as the more traditional tournament structure with which Call of Duty fans are already familiar.

“It was a tremendous effort, and to be able to do it as nimbly and as quickly as we did, and come out better for it, is exactly the type of agility we’d like to embody,” Faries explains. The new setup means less travel strain on players and, in theory, more exciting events for viewers, with each event having its own built-in drama and champion. “We want to be a league that listens, we want to be a league that isn’t precious about getting attached to structures and ideas,” she adds. “If there’s a better one out there, we’re happy to chase it.” Despite all of the money behind it, the CDL is far from a guaranteed success. It has yet to be proven that the city-based structure actually works for e-sports, and that the added cost of travel and hosting events can recreate the kind of local, grassroots fan bases that make traditional sports tick. But there’s reason to believe Call of Duty could be the ideal showcase for this kind of structure. There’s its enduring popularity, for one thing — according to the NPD Group, seven of the 10 bestselling games in the US over the past decade were Call of Duty titles — as well as its uniquely mainstream presence, arguably rivaled only by Fortnite.

It’s a big bet for owners and players, and also something that came together surprisingly quickly. While the Overwatch League took two years to figure out the ins and outs of having teams host their own games, the CDL is diving right in with its debut. And despite that speed, those involved are eager to get started.