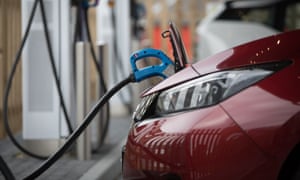 The government’s move to bring forward a ban on the sale of new petrol and diesel cars to 2035 has been attacked by manufacturers as a “date without a plan”.

The policy, which will now come into effect five years earlier and include hybrid vehicles, was announced as Boris Johnson launched the forthcoming UN COP 26 climate summit.

While green groups welcomed the news and urged the government to set an even earlier date, motoring organisations said the UK was unprepared for electric alternatives by 2035.

The Society of Motor Manufacturers and Traders said the move risked undermining sales of cleaner, hybrid cars now, and the government needed to come up with a sustainable plan.

The SMMT chief executive, Mike Hawes, said: “It’s extremely concerning that government has seemingly moved the goalposts for consumers and industry on such a critical issue. Manufacturers are fully invested in a zero emissions future, with some 60 plug-in models now on the market and 34 more coming in 2020.

“However, with current demand for this still expensive technology still just a fraction of sales, it’s clear that accelerating an already very challenging ambition will take more than industry investment. A date without a plan will merely destroy value today.

“We need to hear how government plans to fulfil its ambitions in a sustainable way, one that safeguards industry and jobs, allows people from all income groups and regions to adapt and benefit, and, crucially, does not undermine sales of today’s low emission technologies, including popular hybrids, all of which are essential to deliver air quality and climate change goals now.” 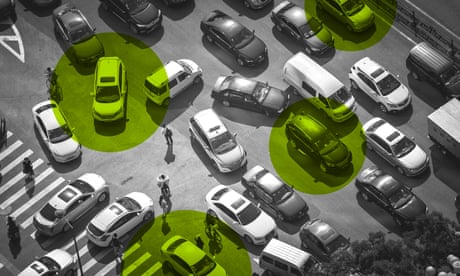 How green are electric cars?

The industry and green groups both questioned how the latest commitment squared with plans to cut grants for electric vehicles, due to be implemented in March.

The AA president, Edmund King, said: “Drivers support measures to clean up air quality and reduce CO2 emissions but these stretched targets are incredibly challenging. We must question whether we will have a sufficient supply of a full cross-section of zero emissions vehicles in less than 15 years.”

He said that extending a ban to hybrids could deter investment in cleaner cars now, and appeared a “backward step that could backfire by encouraging drivers to hold on to older more polluting vehicles for longer.”

Environmental campaigners including Green Alliance and ClientEarth said the government should aim for a 2030 deadline. Chaitanya Kumar, Green Alliance’s head of climate and energy, said: “The PM has a clear public mandate to act on this. The government needs to make clear how much carbon it believes this 2035 ban will save. It should also guarantee any target it sets in law.”

The IPPR thinktank also backed 2030, but said a major investment in the electric charging network was needed. Luke Murphy, the head of IPPR’s environmental justice commission, said: “The longer we wait to take action, the more challenging, costly and disruptive the necessary changes will be. The government must support city-regions and local authorities in the expansion of electric vehicle charging networks, provide financial incentives to support the early market in electric vehicles and ensure the electric grid has the capacity to support additional demand.”

Scottish Power, which operates electricity grids in Scotland and the north of Wales, has previously criticised the energy regulator for limiting how much companies can invest in anticipation of an electric vehicle revolution over fears they might hike energy bills.

Keith Anderson, the chief executive of Scottish Power, said an earlier deadline for traditional car sales is a “step in the right direction” but the plans “need to be supported by the government at all levels”.

“We need to start work now to make sure the electricity grid can cope with the huge amount of chargers we’ll need to deliver this switch. We’re going to need 25m EV chargers by 2050 – that’s nearly 1m million a year – in people’s driveways, on streets, at work and supermarkets, on the road network,” Anderson said.

He warned the government to learn the lessons from the UK’s broadband rollout to ensure that “nobody is left behind – including disadvantaged and rural areas”.