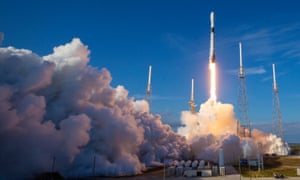 Elon Musk’s SpaceX satellite broadband service has taken its first step into the Australian market. The communications regulator has added the company to a list of satellite operators allowed over Australian airspace.

But Foxtel has raised concerns the service might conflict with its subscription TV service.

The SpaceX Starlink currently has 242 satellites deployed above earth, which it plans to expand to a “constellation” of 7,518 low-earth orbit satellites.

The company launched 60 satellites into space last month, and plans to launch around 60 per fortnight in 2020.

It is aiming to have services operating in northern parts of the US and in Canada in 2020, and then “near-global coverage of the populated world” by 2021. 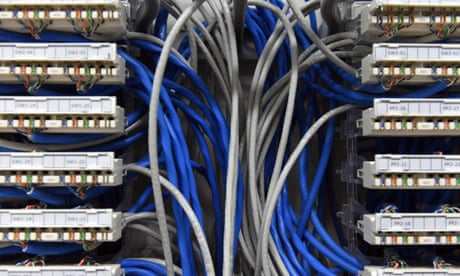 Late last month, the Australian Communications and Media Authority (Acma) added SpaceX and two other companies to the Radiocommunications (Foreign Space Objects) Determination that governs what satellite companies can operate in Australia.

Much remains a mystery about what Starlink’s internet services will be like in reality. In a November 2016 filing with the US federal communications commission (FCC), SpaceX said it would be able to offer speeds of up to 1 gigabit per second for users, at “low cost”.

SpaceX being added to the list of satellite operators in Australia is the first stage in the regulatory process. The company still needs to obtain more regulatory approvals, and eventually a licence to use spectrum for the satellites to communicate.

That licence is likely to be a matter of contention. Australia’s subscription television company has indicated it could potentially be in conflict with its own satellite TV service.

In a submission to the Acma’s proposal, News Corp-owned TV service Foxtel said it had “very high levels of concern” about potential interference of its service to satellite customers if SpaceX and another company, Kepler, are allowed to use the same Ku frequency band that Foxtel operates in.

In its submission to the FCC, SpaceX said it would have “flexibility to share that spectrum with other licensed satellite and terrestrial users”.

The difficulty facing SpaceX is that customers will need to buy antennas to connect to the satellites, and some have questioned whether that would be affordable for most, or whether it would be commercially viable, given the project would not only compete with other satellite operators but 5G networks and fixed-line internet providers.

In Australia, the biggest competitor would be the government-owned NBN Co’s two satellites, currently servicing over 96,000 homes and businesses in regional and rural Australia. The speeds offered on NBN’s satellites are significantly less than that promised on Starlink.

The NBN satellites are currently five years into their fifteen-year lifespan. The company has flagged it will need to start considering options in five years for how to replace the satellites and has suggested it could consider a SpaceX-style system in the future.