European parliament insists it will not use facial recognition tech 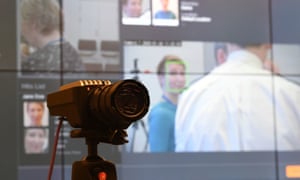 The European parliament has insisted it has no plans to introduce facial recognition technology after a leaked internal memo discussing its use in security provoked an outcry.

A page on the European parliament’s intranet, seen by the Guardian, suggested that facial recognition could be used “in the context of biometric-based security and services to members [MEPs].”

Entitled “artificial intelligence for better services”, the page discussed how such technologies, including facial recognition and AI-assisted translation, would have “consequences on working methods, processes, staff profiles and the contracting of services”. 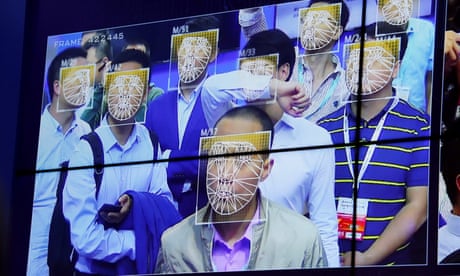 The incident is an embarrassment for the parliament, coming shortly before the European Union executive is expected to announce a temporary ban on the use of facial recognition technology in public places.

The European commission is expected to announce later this month a ban on the technology in stations, stadiums and shopping centres lasting between three to five years, to allow regulators time to assess the impact of the fast-developing technology.

Sophie in‘t Veld, a Dutch Liberal MEP, who sits on the European parliament’s civil liberties committee, wrote to the parliament’s top official, Klaus Welle to question how members and their assistants could “benefit” from “biometric-based security and services”, picking up wording used on the parliament’s intranet site.

She also sought information on costs, impact studies and whether such plans would be in line with the EU’s data-protection regulations. An internal staff union voiced a complaint in an email sent to all 705 MEPs and many of the parliament’s 7,500 officials. “Ms In’t Veld, we share your concerns about face recognition in parliament,” said the email from the SGPOE union, which is currently taking part in an internal election. “Why not put staff recognition before face recognition?”

Shortly after the complaints emerged, the page was removed. A spokesperson said the complaint referred to “an old and outdated draft version” of “an exploratory project” that had been “misplaced on the intranet of the EP”.

“One exploratory project of the EP administration is to study and understand the potentials and threats of AI applied to parliamentary and administrative activities of the institution,” the spokesperson said. “This old draft mentioned facial recognition as a possible field of study, nothing more.”

“Data protection is and remains a clear priority of the European parliament and its administration.”

You've read 35 articles in the last four months. More people, like you, are reading and supporting the Guardian’s independent, investigative journalism than ever before. And unlike many news organisations, we made the choice to keep our reporting open for all, regardless of where they live or what they can afford to pay.