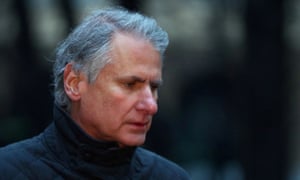 Prosecutors have accused a former Barclays boss of proposing two separate illegal deals before settling on an advisory agreement that allegedly disguised the true nature of £322m in payments to Qatar in 2008.

The Serious Fraud Office (SFO) made the allegations during the first day of the prosecution’s cross-examination of Thomas Kalaris, the former head of Barclays’ wealth division. Kalaris was known as the “quarterback” for Barclays’ emergency fundraising at the height of the financial crisis.

In a telephone transcript read to a jury at the Old Bailey, Kalaris proposed two ways in which Barclays could meet Qatar’s demand for extra fees and secure the Gulf state’s participation in the bank’s rescue deal: interest paid on a large cash deposit in a Barclays account, or a share option deal that would allow Qatar to buy stock at a fixed price.

Focusing on the first proposal, Philip Stott, a prosecuting lawyer for the SFO, claimed that Kalaris was suggesting paying Qatar a very high interest rate that would not be offered to other clients as a way of funnelling extra funds to the Gulf state.

Kalaris insisted there was nothing untoward about either option, including the cash deposit, which Barclays could use to fund loans for other customers. “If you were to do something that was commercially not of value, then I agree with you, it would be a means of delivering something incorrectly, illegally,” he said.

Stott responded: “Although there’s an advantage of having a very large deposit … If you were to pay vastly much more than that for no other reason than you wanted to secure their investment in a capital raising, that would be paying a disguised fee. It would be dishonest.”

“If that was the case, the answer is yes,” Kalaris responded.

“That’s what you are suggesting and thinking about here to Mr Boath,” Stott said. Richard Boath was head of Barclays’ European financial institutions at the time.

“It’s not, absolutely not,” Kalaris said, later adding that the two ideas were solely part of a “general brainstorm” that ultimately led to a legitimate side deal with Qatar.

The SFO has accused Kalaris and two former Barclays executives of devising fraudulent advisory services agreements in order to disguise payments worth £322m to Qatar. It alleges that the money was actually a fee demanded by Qatar in exchange for investing £4bn in the bank as part of an £11bn emergency fundraising drive at the height of the financial crisis.

The fees in effect meant that Qatar was able to purchase Barclays shares at a heavily discounted price not available to other investors.

Kalaris and two former colleagues – Boath and Roger Jenkins, the former head of the lender’s investment banking business – face charges of fraud as well as conspiracy to commit fraud. All three deny the charges.

A previous trial involving all three executives came to a close in April 2019, when the jury was discharged following four months of court proceedings. The former Barclays chief executive John Varley was a co-defendant in that trial, but was acquitted.