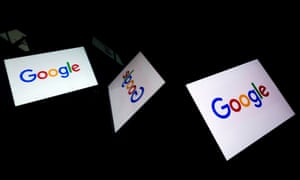 Google has said a software bug resulted in some users’ personal videos being emailed to strangers.

The flaw affected users of Google Photos who requested to export their data in late November. For four days the export tool wrongly added videos to unrelated users’ archives.

As a result, private videos may have been sent to strangers, while downloaded archives may not have been complete.

“We are notifying people about a bug that may have affected users who used Google Takeout to export their Google Photos content between November 21 and November 25,” a Google spokesperson said.

“These users may have received either an incomplete archive, or videos – not photos – that were not theirs. We fixed the underlying issue and have conducted an in-depth analysis to help prevent this from ever happening again. We are very sorry this happened.”

Google said it had self-reported to the Irish data protection commissioner, who oversees the company in the EU and has the power to levy fines of up to 4% of annual turnover for breaches of the General Data Protection Regulation.

Javvad Malik, a security awareness advocate at KnowBe4, praised Google for the relative speed of its response but added: “While the issue was limited to videos being incorrectly shared when downloading an archive, it is a data breach and impacted the privacy of users.

“Many users trust cloud providers, especially for photos and videos which are automatically backed up from mobile devices. It is imperative that cloud providers maintain that trust through robust security measures that allow users to restore their data, while at the same time ensuring data is kept safe from accidental or malicious leaks.”

Google Photos offers unlimited cloud storage of images, with the trade-off that Google has access to the pictures and can use them to train its machine learning models.

This week the company started trialling a service in North America in which users can have 10 of their photos each month chosen algorithmically and printed and posted to them for $8 (£6.15) a month.

On Monday Google revealed its quarterly earnings and disclosed for the first time how much revenue it makes from YouTube advertising. The video sharing site raised more than $1bn a month last year, Google said.

As we enter a new decade, we need your support so we can keep delivering quality journalism that’s open and independent. And that is here for the long term. Every reader contribution, however big or small, is so valuable.