Harry has data backed up to DVDs, but wants to copy the files to a hard drive. Is there a quick way to do it? 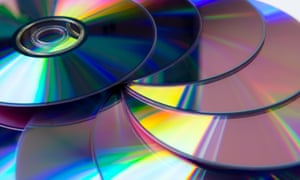 Over the years, I have been backing up files to writeable DVDs. I probably have around 1,400 of them. Now I want to transfer their contents onto a single 10TB USB hard drive. Can you and your erudite readers recommend the quickest solution? Is there a DVD recorder that can load 10 to 20 DVDs at a time and automatically copy them onto said 10TB hard drive? Also, are there any issues with the formats needed to ensure access to my data for another 10 years or more? Harry

I expect many of us still have lots of optical discs stashed away, because CDs and DVDs were the most economical way to store data for 20 to 30 years. Just cutting one disc a week could get you over the 1,000 mark, though I assume most of them would have been recopied and recycled before now.

The CD-R recordable format, storing 702MB, was launched in 1982, when my IBM PC/XT’s hard drive stored 10MB. We didn’t get DVD+RW discs storing 4.7GB each until about 1998, when 4GB was a reasonable size for a hard drive. A decade later, an Amazon receipt tells me I bought a 500GB Western Digital My Book for £62.20, so I was probably switching from optical to digital disks some time around 2008, if not before.

In theory, we might have switched from DVD to the new Blu-ray discs instead, because a Blu-ray can store either 25GB (single-layer) or 50GB (dual-layer) on archival discs. However, by the time Blu-ray writers became affordable, we already knew that external hard drives were going to win the storage wars. They were getting bigger and cheaper at a rapid pace. Today’s 8TB and larger drives confirm that we were right.

Schofield’s First Law of Computing says: Never put data into a program unless you can see exactly how to get it out. I didn’t think to mention storage, or the effort it might take to retrieve it. Technically, your data is accessible, but the sheer volume of DVDs means it’s not very practical. Moving it to a hard drive makes sense, but there’s no obvious way to do it. Buying specialised hardware would be expensive while doing it manually could take a long time.

Over the years, many commercial systems have sported multiple DVD drives, sometimes with hoppers or robot arms to feed in the discs. But most were aimed at large corporations or service providers, and very rarely at home users.

Multi-DVD systems usually targeted either the disc duplication or data sharing markets. Products aimed at the first enabled companies to create lots of identical DVDs at once. Products aimed at the second were file servers, somewhat like giant jukeboxes. They enabled companies to share data from large numbers of DVDs or BDs, or create “cold storage” backups that could last for 50 years. Facebook, for example, developed a server to store 10,000 Blu-ray discs, and demonstrated the system in a three-minute YouTube video.

MF Digital’s Ripstation 7000 Series CD/DVD/BD ripper should do what you want, but it costs $4,595, including the built-in PC. It uses a robot arm to pick up discs and drop them into a DVD tray. Products like this are aimed at radio and TV stations, publishing empires and educational institutions that needed – perhaps still need – to convert a lot of old discs into digital format. They are not expensive compared with the cost of humans doing it manually.

I’m not sure if MF Digital’s cheaper Music CD Ripping Station would do the job because you don’t need to rip your discs, just copy them to a hard drive. However, I suspect £1,699.56 is more than you want to pay for a one-off job.

That leaves you with one fast option: find a company that owns a Ripstation 7000 or similar device and offers file transfer as a service. I didn’t manage to find one – the search terms are tricky – and the price might still be prohibitive. I’d guess it would cost from 25p to £1 per disk, and 50p doesn’t sound too unreasonable. Even with a bulk deal, moving your data might cost £500. You’d also face the problem of shipping a very big box of discs at least one way.

If anyone knows of an affordable DVD-to-HDD copying service, please let us know in the comments, or email me at the address below. 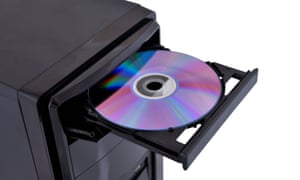 If there’s no quick fix that you can justify on price, you will have to copy every DVD by hand. You could tackle it as a holiday project, but it’s a tedious way to spend your free time. Alternatively, set yourself a target, such as copying five to 10 discs per day, every day. Even with some breaks, you should get it done in a year. If you don’t set a target, you might never finish the job.

Perhaps you could speed up the process by using two DVD drives, but it depends on the hardware you have available. A PC tower could take two internal DVD drives, but you would probably have to buy and install them.

Alternatively, you could buy one or two external DVD drives and plug them into USB ports, or into a powered USB hub. (Not every USB port provides enough power to run a DVD that doesn’t have its own power supply.) With two drives, you can load a DVD in one drive while the other drive is copying files.

After that, it would be a boon to have some software to detect discs and copy the files automatically. This avoids waiting for the file directory to appear, highlighting the files you want, and dragging them to your hard drive.

Perfect Automation has a utility that does the job well. You check the box for “Copy a lot of CD/DVDs automatically” and start feeding it discs. It copies each one to a new folder that it creates on your hard drive (CDDVD1, CDDVD2 etc), then pops out the DVD tray for the next disc. It’s a small (219K), free program and doesn’t need to be installed, so it’s worth a try.

I also tried Averk’s free AutoCopy 2, which is even smaller at 184KB. Averk had much the same problem as you – he wanted to move more than 100 CDs to a hard drive – and wrote a little utility to do it. Unlike Perfect Automation’s program, AutoCopy 2 includes a countdown timer. While its copying took longer than Perfect Automation on my system, I found that both were faster and more reliable than doing it manually. 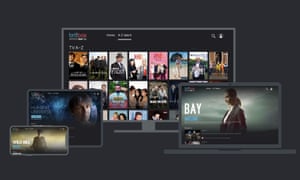 The first task is to copy all the DVDs to a hard drive and, obviously, to a backup hard drive: you don’t want to do this job twice. You can worry about file formats later.

Over the long term, the best choices are usually the most common formats, especially if they are ratified international standards. Given the cost of storage nowadays, it’s not worth converting files to more efficient, space-saving formats, because this takes time and may involve some loss of quality. I’m leaving my jpg and png images, mp3 music, avi videos and other files in their original formats.

I’m converting some videos that were in less popular formats – such as wmv, mov, flv and rm – to mp4 with the H.264 codec, which is supported by processors (Intel Quick Sync Video) and most graphics cards. Programs such as Wonderfox’s HD Video Converter Factory make this very easy to do. You can also reprocess old videos to remove colour casts, make them look sharper, correct faulty aspect ratios and “upscale” their resolution, though the results from my old VHS-C video camera will never look good by today’s standards.