Huawei decision is a sensible compromise but could still anger US 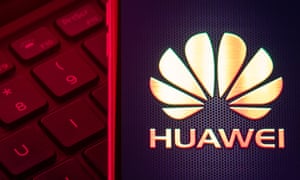 It may not please large segments of the Conservative party, but Boris Johnson’s Huawei decision is a realistic attempt to find a compromise between legitimate security concerns about the Chinese company and the need for a fast and affordable roll out of 5G networks in the UK.

The decision to designate Huawei a “high risk” vendor is a statement of the obvious, when accompanied by a warning from the National Cyber Security Centre, an arm of GCHQ, that “the Chinese state (and associated actors) have carried out and will continue to carry out cyber-attacks against the UK and our interests”.

But this is a company that has been supplying mobile phone technology in the UK for 15 years and is already subject to having its code monitored by a special agency. Britain’s security services have long believed the risks of using Huawei can be mitigated by the other measures spelled out in the report, and it would be a bold politician who were to say the intelligence community was wrong.

Huawei will be excluded from supplying kit to military bases and nuclear sites – although the company already faces these restrictions – and other elements of the critical national infrastructure. Its market share in mobile phone antennas and base stations, where it is the market leader, will be capped at the current 35% per operator, when that figure had been expected to nearly double in three years.

The fact is that ministers have to balance two realities: that Huawei kit is cheaper and more advanced, and the more notional risk that China will exploit Huawei for global surveillance. There is no doubt that China would have the capacity to try, if not now then in the future; the question becomes whether it can be repelled.

Capping Huawei’s market share and restricting the technology’s application helps. The 35% restriction is also more onerous than it first appears because it applies for each of the UK’s four network operators.

In the case of two, Vodafone and the BT-owned EE, Huawei’s share on 4G had crept up to around 60%, and Whitehall sources were eager to suggest the cap was much lower than anything that would have been imposed under the previous prime minister, Theresa May.

What is less clear is what the response of Donald Trump’s White House will be. The US administration is deeply hostile to Huawei, seeing it as part of a wider geopolitical conflict between Washington and Beijing. But the early noises from the US appear to be carefully calibrated: while the UK and US disagree, the wider economic and security relationship is too important for a major falling out.

Boris Johnson, it appears, has successfully called Trump’s bluff. Three Republican senators wrote on Tuesday morning that they might want to review intelligence sharing between Washington and London, but to do that they will probably need legislation, which has to get through Congress, where their party does not have full control.

The reality, also, is that the US benefits from Britain’s intelligence capabilities, particularly in the Middle East, and as British officials have stressed, special encryption protects the intelligence network, which Huawei is not allowed to supply.

Until now, despite all the pressure, the US had not offered the UK any viable alternative, to the frustration of British officials who were told that London should “prioritise security over cost”. But that would mean higher phone bills in the the future (US bills on some estimates are $50 (£38) a month more than their British counterparts).

It is not an attractive alternative, which is why deploying some Huawei technology in high-speed mobile phone networks makes sense.