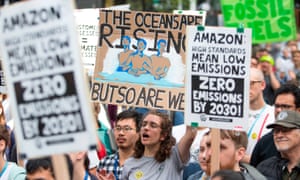 Hundreds of Amazon employees defied corporate policy to publicly criticize the company for failing to meet its “moral responsibility” in the climate crisis.

More than 340 tech workers at Amazon used the hashtag #AMZNSpeakOut in public statements that condemn the company for not taking sufficient action on the climate crisis.

The action comes in direct opposition to an Amazon policy barring employees from speaking about the company’s business without prior approval from management. That policy was introduced after employees vowed to participate in the global climate strikes of September 2019.

“Every person who shared a statement had to decide for themselves that whatever the consequences, they needed to stand up for what they felt was right,” Victoria Liang, a software development engineer at Amazon who joined the public action, said. “The climate crisis is just that urgent. We just couldn’t be silenced by these policies on issues of such moral weight.” 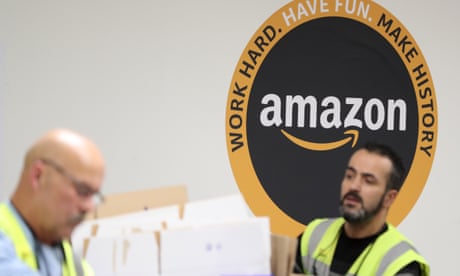 Amazon threatened to fire employees for speaking out on climate, workers say

Employees at Amazon have increasingly criticized the company in recent years for its contracts with large oil and gas firms. In spring 2019, more than 8,700 employees signed an open letter to the CEO, Jeff Bezos, urging him to take bolder action on climate change. The presidential candidates Bernie Sanders and Elizabeth Warren have also offered support of employees for speaking out.

The employee activism is part of a broader trend in the tech industry of employee walkouts and protests against corporate policies. Google workers staged internal protests over sexual harassment policies in 2018 that continued into 2019 and gig workers at Instacart and Uber have organized strikes to fight for better pay and benefits. In June 2019, workers at the online furnishings retailer Wayfair walked off the job to oppose the company’s contracts with detention centers for immigrants.

An Amazon spokeswoman said the company was aware of the employee actions. She added that the external communication policy had been updated in spring 2019 but was not directed at any one group of employees. Amazon has pledged to reach net-zero carbon by 2040 and 100% renewable energy by 2030.

“While all employees are welcome to engage constructively with any of the many teams inside Amazon that work on sustainability and other topics, we do enforce our external communications policy and will not allow employees to publicly disparage or misrepresent the company or the hard work of their colleagues who are developing solutions to these hard problems,” she said.

In January, at least three employees said they were threatened with termination for speaking publicly about environmental issues, stoking further protests against the new policy.

“I’m proud to work at Amazon, but policies that silence employees who are challenging us to do better runs counter to our own leadership principles,” said Nolan Woodle, an associate contracts manager at Amazon. “When there is an issue of such importance, we have to be able to talk about it. Silencing employees is simply not the right approach.”

Meanwhile, other companies appear to be responding to employee unrest. In January 2020, Microsoft announced it would be “carbon negative” by the end of the decade after a number of global actions orchestrated by employees.

Amazon’s big tech counterpart Google also appears to be making public responses to the organizing. On the job platform LinkedIn on Monday, someone listing himself as a hiring manager at Google left a post that appeared to attempt to recruit defectors from Amazon to the company.

“I recognize your courage and bravery to speak out about climate change,” he wrote, linking to a post on how Google is “working to battle climate change”. A Google spokeswoman said the company was not aware of the post and that it was made by a recruiter acting on his own initiative. The company did not respond to accusations that Google, too, has fired employees over organizing.