Kentucky Route Zero’s final act was worth the wait 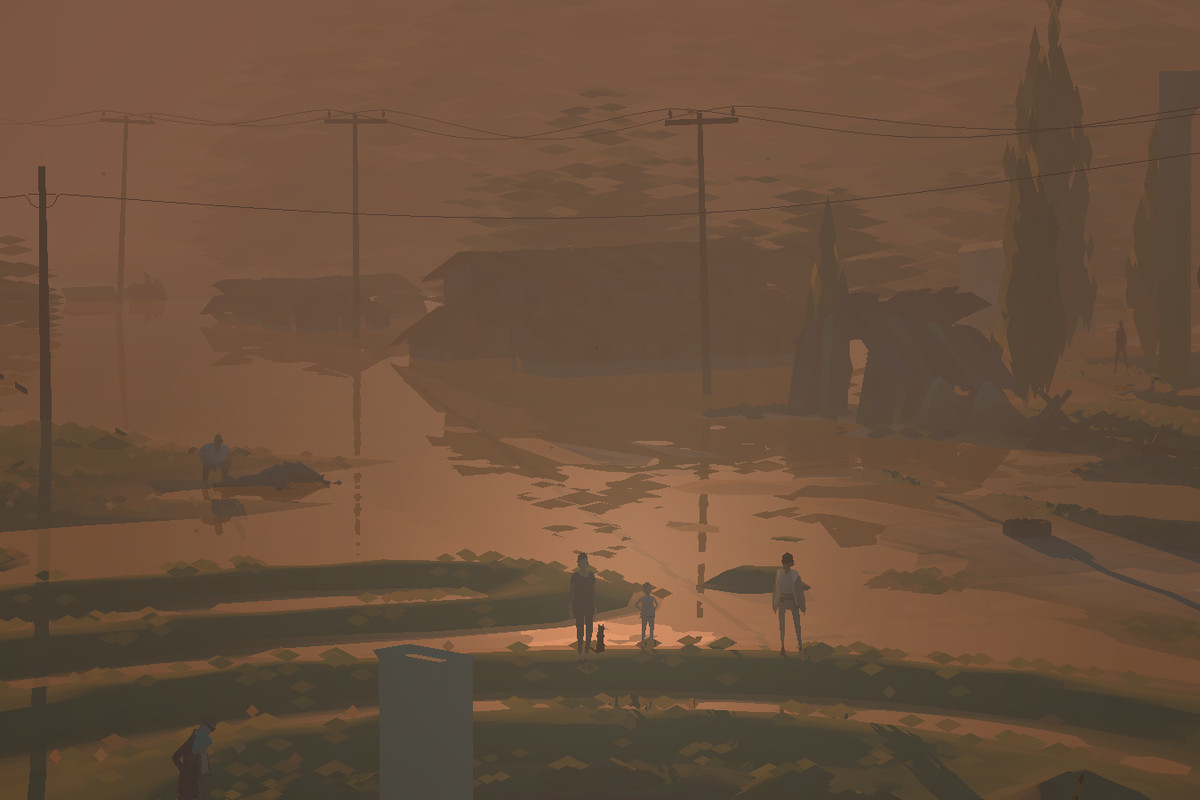 Kentucky Route Zero starts out slow and simple. An old man named Conway pulls into a gas station to ask for directions. He has a rusting truck, rumbling away in the background, stuffed with antiques. But he can’t find his destination. That road, he’s told, is not easy to reach. What follows is a surreal road trip that’s constantly changing. Kentucky Route Zero remains slow across its five acts (and multiple interludes). But with the exception of that opening scene, it’s never simple.

It’s impossible to talk about this adventure game without discussing its development history. Kentucky Route Zero debuted in 2013 with the first of five planned episodes. Subsequent acts were expected to launch every few months… but things didn’t play out that way. While Act II came out later that year, the third act didn’t appear until 2014, and the penultimate act came two years after that. Now, seven years after the game first debuted, it finally comes to a close.

So what’s all the fuss about? Why have so many people been waiting for the better part of a decade to experience this story to its conclusion? It’s not easy to explain. At its core, Kentucky Route Zero is a fairly simple point-and-click adventure game. You move through different environments, talk to other characters, and interact with objects. There’s no traditional challenge; the game doesn’t ask you to collect objects or solve puzzles. You can’t get stuck or lost. It’s about being in this place and discovering its residents.

What makes Kentucky Route Zero so special is that space and its residents. It’s a world that’s both timely and timeless. Everything feels of the moment, speaking to the struggles of the last decade, and also like it could’ve taken place a century ago. It’s part Southern Gothic, part magical realism, part biting critique of capitalism and the people it leaves behind. The main goal — to deliver some furniture to a house that is seemingly impossible to get to — is really just an excuse to venture through this world. First, you do so by road, taking Conway’s creaking truck across twisting highways and side streets, searching for a path called the “zero” that isn’t on any map. Later, you’ll ride on a boat alongside a mechanical mammoth, and eventually, a giant bird will fly you to your destinations.

A MURAKAMI NOVEL SLATHERED IN AMERICANA

Each act has a different feel. The first is a road trip, as you’re searching for the zero, following bizarre directions en route to an abandoned mine. The following act takes you to a strange office — the Bureau of Reclaimed Spaces — and later a museum filled with buildings that were once homes but now sit in storage. At one point, you’re given a guided tour of a whiskey distillery that’s run by glowing orange skeletons who only continue to work because they’re in debt to their employers. Later, you meet a telephone operator who keeps coming into work, despite having been laid off years ago.

The writing — and there is a lot of text — does most of the narrative heavy lifting. It’s at times melancholic, poetic, and inscrutable. It can read like a Murakami novel slathered in Americana. And because it’s interactive, with you choosing bits of text — everything from song lyrics to details about personal relationships — it often feels as though you’re writing the story alongside its creators. Here’s one of my favorite, particularly depressing, passages from the skeletal tour guide about a simple device:

It’s an adding machine. This is where we come for our daily ritual: to calculate the day’s interest and repayment according to The Formula. I usually do so at the beginning of my shift, so I know how many hours I need in order to keep up.

At points, the game can be utterly bizarre, but the strangeness always has a hint of the familiar. There’s a floating gas station, for instance, that’s always in a different space so you never quite know where to find it. Or a couple of singers who inexplicably make robotic sounds when they walk and travel around the area playing shows at virtually empty venues. When Conway injures himself and visits a doctor, he’s patched up only to find his leg is now the same orange skeletal limb as the workers at the distillery. Just by getting hurt, he finds himself roped into a similarly dire financial predicament. “That’s one of the atypical clauses,” the doctor says afterward. “I don’t really have control over the bill.”

For the most part, the strangeness serves to amplify the uncomfortably familiar elements. Many of us know what it’s like to be trapped in debt to some degree; it’s not that hard to sympathize with the skeletons stuck in an underground distillery. And the game gives you the time and space to sit and think about things and make those connections. It moves slowly, never rushing you, and at multiple points, you simply have to sit around and wait. That’s not to say that all of Kentucky Route Zero necessarily makes sense — I’ve played through it twice now, and I am still very confused about many moments — but that’s also not a bad thing. Life is strange and confusing. The game only amplifies that. 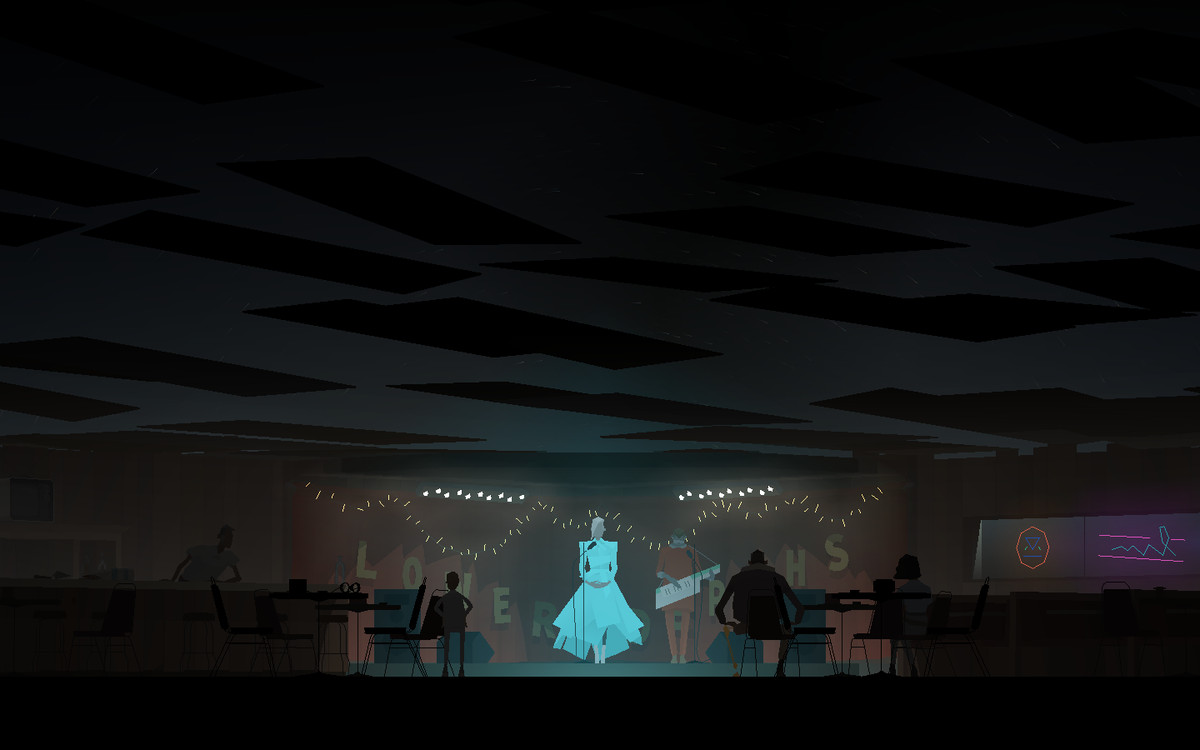 That brings us to the fifth and final act. The end of Kentucky Route Zero has been a long time coming, both for the world’s characters and the players who have been following along since 2013. Act V is also the biggest departure. The entire experience takes place in a single small town, home to the mythical Dogwood Drive where Conway, now gone, needed to make his delivery. Across the first four acts, the deliveryman assembled a motley crew, including the aforementioned robotic singers, a very curious young boy, a struggling repairwoman, and cooking-obsessed former academic. At the story’s end, they’re here to fulfill the promise of a friend.

I won’t spoil too much, but I will say that the tantalizingly brief final act ends the story in a way that’s both satisfying and heartbreaking. In a clever twist, you control a cat, wandering around the town eavesdropping on conversations of both the main cast of characters and the residents of the town. You’ll hear about how nice the now-abandoned general store used to be, listen to the dreams of artists and farmers, and learn about how the townsfolk take care of the plentiful ghosts. (The creators of Kentucky Route Zero took the phrase “ghost town” very literally.) They are tales of loss and struggle, personal and small to the point that they’re often difficult to hear. Toward the end, you’ll listen in on a funeral for a pair of horses, which is even sadder than it sounds.

If you’re already immersed in the world of Kentucky Route Zero, there’s really no question that you’ll play this final act. You’ll need to see how things conclude. But if you were sitting on the fence waiting, know that, now that the saga is over, it was worth the wait. There’s really nothing like it. It’s weird and confusing but in a way that only heightens the despair and struggle at the heart of its story. It’s a long, strange trip where the destination is the least important part.