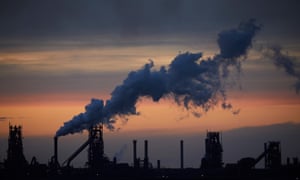 The government must act fast to prevent the French government from scuppering a deal to save British Steel, Labour has urged, amid opposition in Paris to a sale that would put a key national asset in Chinese hands.

The Chinese industrial firm Jingye, run by a former Communist party official, is in the final stages of negotiations to buy British Steel, including the Hayange plant in northern France.

But the French finance minister, Bruno Le Maire, has reportedly told the UK chancellor, Sajid Javid, that Paris is opposed to a Chinese firm owning a plant that supplies track to France’s vast rail network.

French ministers are expected to make a decision in the next two weeks and could veto the sale of Hayange, jeopardising the chances of a rescue that appeared to be in sight after more than eight months of abortive attempts to find a buyer.

Several steel industry sources told the Guardian that British Steel, which employs more than 4,000 people, would be a considerably less attractive prospect without the lucrative French arm.

If the business is carved out of the transaction, it is unclear whether Jingye would be willing to proceed with its proposal to pay £50m for British Steel and invest £1.2bn.

In a letter sent to the steel minister Nadhim Zahawi on Monday and shared with the Guardian, his Labour opposite number, Gill Furniss, said the government must now intervene to secure French approval.

Furniss said suggestions that France could derail the deal were “deeply concerning given its importance for around 4,000 people employed by British Steel”.

“The government has claimed that it is committed to the steel sector in the UK. Now is the time to put these words into action,” she said.

She asked Zahawi to explain what contact he has had with French ministers and what plans the government has to convince Paris to approve the sale.

Furniss also asked for details of the the government’s back-up plan. The Guardian revealed last month that Turkish industrial firm Cengiz Holding has been lined up as a potential white knight buyer should the Jingye plan fail. Cengiz has publicly stated that it is on good terms with the French government.

Pressure to secure a sale is building, because British Steel is thought to be losing £1m a day, funded by a government indemnity that is due to run out at the end of February.

Failure to secure a deal would put at risk nearly 4,000 high-value jobs in Scunthorpe, North Yorkshire and Teesside, mostly in constituencies won by the Conservative party in the general election.

“We have lost far too many high-value steel plants in the past decade and the thousands of jobs that come with them, all while successive Conservative party leaders have talked up their commitment to workers,” said Furniss.

“The steel sector and those who work in it are right to fear that, when it comes to it, the government won’t do what’s necessary to defend them.”

A spokesperson for the department for business, energy and industrial strategy said the Official Receiver, a government employee running the sale, was “running an independent process”.

“Like any sale of this nature, there are a number of regulatory steps that need to be taken over the coming weeks before the sale can complete,” he said.

“The deal with Jingye is very much on track and we expect that the transaction will complete in the coming weeks.”

A spokesperson for the French finance ministry declined to comment on the latest thinking in Paris about Hayange, which is seen as a strategic national asset because of its importance to the rail network.

You've read 8 articles in the last four months. More people, like you, are reading and supporting the Guardian’s independent, investigative journalism than ever before. And unlike many news organisations, we made the choice to keep our reporting open for all, regardless of where they live or what they can afford to pay.