Lloyds set to halve carbon emissions it finances in 10 years 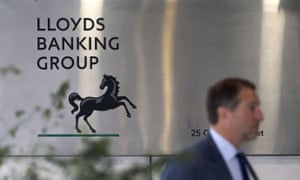 Environmental campaigners have welcomed a pledge by Lloyds Banking Group to halve the amount of carbon emissions it finances through personal and business loans by 2030.

The commitment comes as lenders face heightened criticism over their role in fuelling the climate crisis by funding projects and companies that rely heavily on fossil fuels.

Lloyds did not go into detail about how it would achieve that goal over the next decade, but said it would start by creating “green products and services” that would make it easier for customers to make lifestyle changes aimed at tackling the climate emergency.

Lloyds, which is the UK’s largest domestic bank with 26 million customers, is designing a green mortgage that will lend money to customers looking to improve the energy efficiency of their homes and developing a way for customers to compare the carbon impact of vehicles before they buy.

The bank will also continue to offer discounted loans to businesses if those funds are aimed at reducing their environmental impact.

While Lloyds was not able to confirm the current value of its carbon-linked loans, climate campaign groups including ShareAction and Greenpeace welcomed the commitment and called for other lenders to follow suit.

Christian Wilson, senior research officer at ShareAction, said: “Paris [agreement] alignment needs emissions to be cut by 50% by 2030 so this is a great ambition by Lloyds.

“While other European banks have committed to align parts of their energy portfolio with a 1.5C scenario, Lloyds is the first to apply an explicit 1.5C-aligned target to its loan book. However, as always, the devil is in the detail. We need to see how this is implemented in practice and how this impacts lending to carbon-intensive sectors.”

Global emissions must fall by 7.6% every year from now until 2030 to stay within the 1.5C ceiling on temperature rises that scientists say is necessary to avoid disastrous consequences. 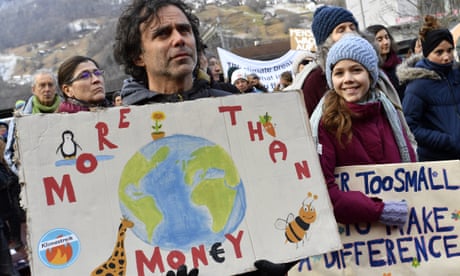 Greenpeace hits out at Davos banks for $1.4tn climate hypocrisy

Greenpeace this week shamed some of Lloyds’ rivals including Barclays, which it says is among the top 10 global banks providing $1tn (£766bn) of the financial support for fossil fuel firms. Barclays is also being urged to stop offering loans to fossil fuel companies as part of the first ever shareholder climate resolution aimed at a UK bank.

Charlie Kronick, climate finance campaigner at Greenpeace UK, said: “While it is significant that Lloyds have pledged to reduce the climate impacts of their lending, and forms part of a growing trend among financial institutions, we need all banks to change their dirty habits.”

Barclays has said it is “determined to do all we can to support the transition to a low-carbon economy, while also ensuring that global energy needs continue to be met”.

The Bank of England is set to hold the first ever climate stress tests, which will force the UK’s largest lenders to report how exposed they are to the climate crisis and how they would respond to temperatures rising by up to 4C. The central bank has warned that drastic environmental damage could hit financial institutions by reducing asset values, lowering profitability and raising the cost of underwriting insurance losses.

Lloyds is among eight UK lenders set to go through the exercise.

António Horta-Osório, Lloyds’ chief executive, said: “The next decade will be crucial for protecting the planet for future generations, and financial services has a critical role to play.”