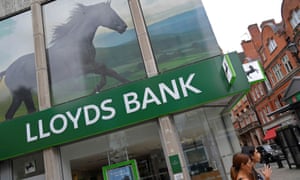 Lloyds Banking Group has warned its 60,000 staff including the chief executive, António Horta-Osório, to expect their first bonus cut in four years after a number of problems at the bank, including a last-ditch surge in payment protection insurance (PPI) claims.

The Guardian understands staff received a memo from the bank telling them to expect a smaller bonus pool shortly after the bank revealed a £1.8bn charge linked to a spike in PPI claims in October, which is expected to dent full-year profits. The charge reduced third-quarter profits by 97%.

The remuneration committee, which determines the final size of the bonus pot, allocated £464.5m to be shared between staff and top executives last year. However, the figure for the 2020 payout is likely to shrink for the first time since 2016, owing to numerous factors.

Lloyds staff trade unions, including Accord, also notified members of the cut. “The group has made clear that group performance share (bonus)awards in March are likely to be lower than last year,” Accord said in a member newsletter last month. The bonus is paid out in a mixture of shares and cash.

As long as group profit meets a minimum threshold, Lloyds’ bonus pool will be valued at 5.1% of full-year underlying profit. However, the pot can be whittled down by the renumeration committee if the bank is deemed to have underperformed in certain categories: financial performance, customer service, and staff conduct. Lloyds has signalled that a number of issues will see the value of the payout reduced.

Along with the extra PPI charge, the bonus figure is likely to be affected by the legacy of an historic scandal at the bank, with the company expected to place some of the blame on the outcome of an independent review into the compensation scheme for victims of fraud at the HBOS Reading branch. In December, Lloyds pledged to reopen the scheme after the review found the original programme was “neither fair nor reasonable”.

Another staff union, Affinity, told its members in a newsletter last week: “The ongoing PPI payment scandal and the HBOS Reading disaster, to name just two, will be cited as reasons why the bonus pot is being adjusted downwards.”

Accord’s general secretary, Ged Nichols, warned that Lloyds staff “should not be penalised for issues that are outside their control”. The Unite union also said a potential cut would disproportionately hurt less-well-paid staff who already receive smaller payouts as a proportion of salary.

“Any reduction in bonuses has a disproportionate impact on ordinary workers and especially on lower-level workers, many of whom are just about managing to make ends meet,” Rob McGregor, a national officer for union Unite, said.

The minimum wage for full-time staff is £17,510. Boss Horta-Osório was paid £6.3m last year, including a £1.2m group performance bonus. He is eligible for bonuses worth up to 140% of his salary, while fellow executives take home up to 100%.

Lloyds said: “No decisions have been made. As usual, all decisions on remuneration will be taken by the remuneration committee as part of the annual process.”

This will be the first year that Lloyds is evaluating bonuses based more heavily on team performance than individual work. Teams will be allocated bonus pots that managers will then dole out based on collective contributions, behaviour and salary levels.

The bank is also starting a new process for contesting payouts that bypasses the formal grievance process, which usually involves union representation. However, staff can still choose to file a grievance if they suspect discrimination.

Bonus are expected to be paid out in April, about six weeks after full-year results are announced on 20 February.