Millions of lives will be improved by 10-year plan, says Money and Pensions service 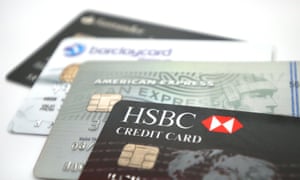 The government is promising to turn Britain into a nation of savers by 2030 and cut the number of households relying on credit cards for day-to-day spending by launching an ambitious financial wellbeing programme.

In an alarming summary of the state of Britain’s household finances, the Money and Pensions Service (MaPS), a government agency, said 11.5 million people have less than £100 in savings to fall back on, while nine million said they often use credit cards and payday loans to meet essential weekly food and energy bills.

In response, MaPS said it is setting out a 10-year plan to improve millions of lives. It promised that by 2030, an extra two million people will be saving regularly, while two million fewer will be using credit cards for daily spending.

It said plans to increase financial education in schools, extending it to 6.8 million children, up from 4.8 million at present. It also promised to offer an extra 300,000 people debt advice.

But there will be little additional funding to meet the 2030 goals, with the government instead relying on partners such as Britain’s banks, utility companies and schools to help improve people’s sense of financial security.

The pensions minister, Guy Opperman, said: “The government wants to make it easy for those who need it most to get help to make confident financial choices. The one-stop shop Money and Pensions Service’s free, high-quality, impartial information and guidance delivers exactly that.”

But MaPS will face the same challenges as the former Money Advice Service, which in 2012 set out a similar strategy that promised to “provide advice to 11 million people each year … significantly increase practical money advice to 1.9 million people and ... equip a million people with personalised money action plans to help them take control of their money.”

In 2016, the government abolished the Money Advice Service, amid concerns that the industry-funded body was squandering its £80m budget on advertising that produced few concrete results. It was later merged with the Pensions Advisory Service and Pension Wise to form MaPS.

Sarah Porretta, the director of strategy at MaPS, said delivering the improvements by 2030 will involve existing partners, such as UK Finance, which acts on behalf of the banks, and new partners such as the utility companies and employers.

She cited Timpson, the key cutting and shoe repair firm, which is trialling a new strategy entitled “sidecar savings” that it says could be rolled out to all employers.

Administered by the government’s employer pension provider, Nest, Timpson’s payroll department deducts a certain amount each month from the worker’s pay. Part of the money goes into an emergency savings account, accessible immediately, and the rest into the pension pot. Once the emergency account reaches a certain level, sums are automatically rolled into the employee’s pension.

MaPS is also interested in extending the “rentflex” system to avoid people having to use credit cards or payday loans to meet everyday bills. Rentflex allows social housing tenants to personalise their payments, reducing their rent at expensive times, such as Christmas, but increasing it at other times.