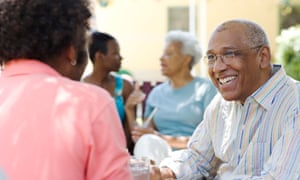 ﻿The average total pension received by a minority ethnic woman is 51% less than that of a typical white older man, according to a report that highlights “large inequalities” in UK retirement incomes.

The researchers behind the analysis said it exposed a sizeable “ethnicity gap” in pensions, with part of this down to issues with the state pension system.

The report from The People’s Pension, a provider with nearly five million members, said minority ethnic pensioners were, on average, 24% – or £3,350 a year – worse off than other people their age.

This is the difference in pension income for those who belong to an ethnic minority group compared to pensioners of a white ethnicity, and relates to 2017-18.

But the divide was even greater from a gender perspective, said the firm. On average, the gap in annual pension income between a female pensioner from an ethnic minority and a white male pensioner was 51%.

This is not the first time a link has been made between ethnicity and poorer pension incomes. Research by the Pensions Policy Institute (PPI) charity in 2003 and 2008 concluded that people from ethnic minorities, and certain other groups, were more likely to have many of the characteristics associated with lower pension incomes. In 2016 the PPI returned to the topic, and said it had found that differences in income were reducing, “but some will remain”.

Many of the findings in the study are based on an analysis of a survey of more than 40,000 households carried out by the Department for Work and Pensions.

The People’s Pension report said the data showed that pension income inequality was a particular issue for Asian ethnic groups – where the gap was 30% – and for the “black African, Caribbean or black British” groups, where the figure was just under 27%.

The researchers said the ethnicity gap was driven by several factors, including lower average earnings, variable employment rates and the greater likelihood of minority ethnic workers being self-employed. Part of the problem was that there was an annual state pension income gap of about £600 for ethnic minorities, they added. For example, DWP data showed that while 98% of white pensioner households received the state pension, it was 85% for Asian pensioner households.

“Our report highlights large inequalities, which will become starker as the growing ethnic minority population reaches retirement age,” said Gregg McClymont, director of policy at The People’s Pension, which is one of the biggest “auto-enrolment” pension providers with £9bn of assets under management.

He added: “Understanding the size of the problem and causes is a vital first step in devising appropriate policies for closing the gap.”