More than half of UK gaming industry based outside south-east

Ukie, the sector’s trade body, says there are hubs in more than 20 towns and cities nationwide 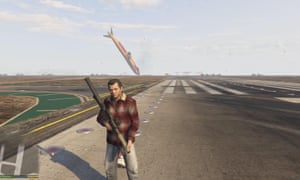 More than half of the Britain’s video games industry is based outside London and the south-east, according to a report from the sector’s trade body, with gaming directly contributing more than £1.35bn to the UK economy.

The report reveals that the UK gaming industry employs more than 16,000 people. Ukie, the trade body that produced the report, argues that this makes the sector the most productive of all of the nation’s creative industries, with each individual employee contributing more than £80,000 to the national economy.

The regional distribution of that contribution is significantly more than many other creative industries. Where more than half of the film industry, by company, is based in London, the figure is 28% for games, with significant sectoral hubs based in more than 20 towns and cities nationwide.

As well as London’s own games industry, and three other hubs in the south-east centred on Guildford and Heathrow and Gatwick airports, four other development clusters contributed more than £60m to their local economies in the last year: Leamington Spa, Newcastle upon Tyne, Edinburgh and Manchester.

The report comes after the prime minister’s promise to focus on “uniting, levelling up and spreading opportunity to every corner of the country”. The video game metaphor is apt, argued Ukie’s chair, Stuart Dinsey.

“This report demonstrates how the UK games industry’s regional strength is delivering a hugely positive economic return,” Dinsey said. “Towns and cities of all sizes share in the high-productivity jobs, commercial growth and cultural contribution that our sector offers. While UK games businesses are successful on the global stage, the direct benefits of their pioneering creative work are felt across the country.

“The video games industry has an important role to play in rebalancing the economy and creating skilled careers. We look forward to working with government and policy makers to bring the jobs of the future to local communities.”

Despite its size, the games industry rarely carries weight in discussions of Britain’s economy. Measuring just the direct value added, the industry generated nearly twice as much value as the fishing industry in 2016, Ukie said.

Some of the world’s biggest games come from Britain. Rockstar North, which specialises in blockbuster titles draped in Americana, such as Grand Theft Auto and Red Dead Redemption, was founded in Dundee, where its presence helped spawn a lively indie games community of more than 30 companies employing more than 300 people full time. Major studios based in Leamington Spa in the West Midlands, including Codemasters and Ubisoft, employ more than 900 people working on titles including Tom Clancy’s The Division and racing simulator F1.