Nvidia’s GeForce Now is finally out of beta, challenges Google Stadia at $5 a month 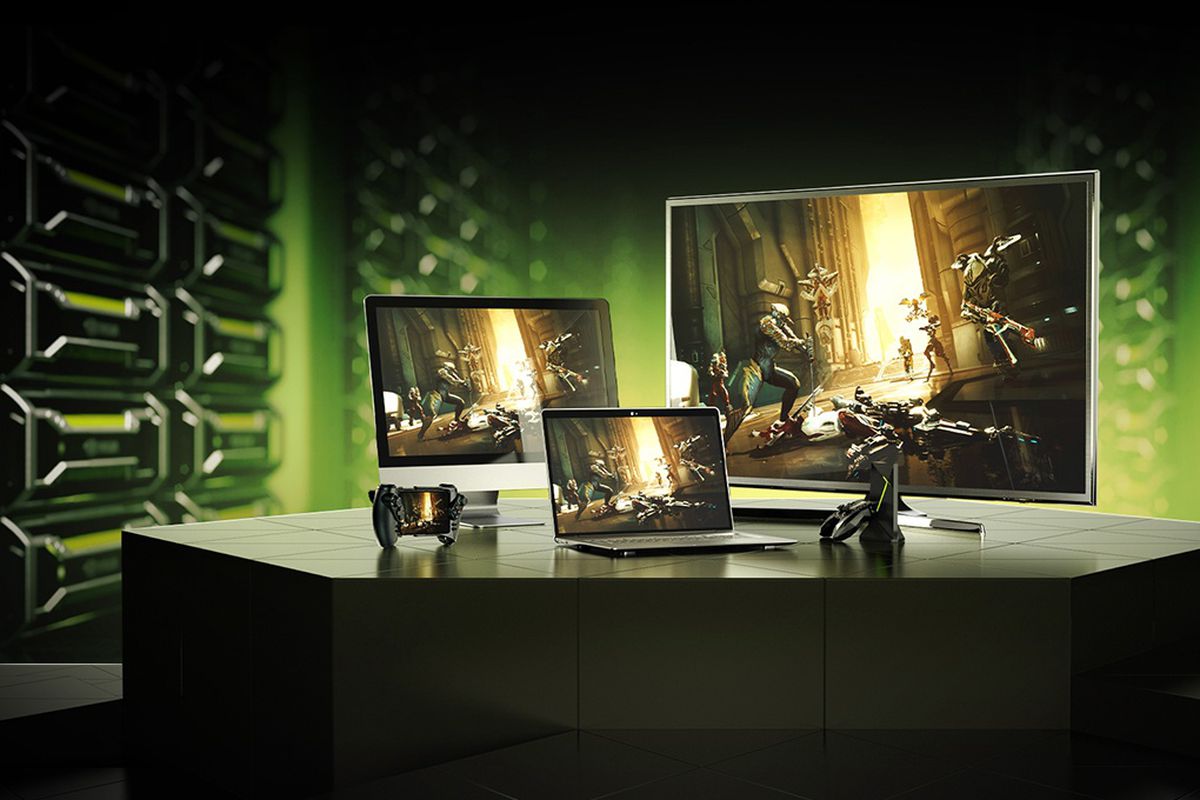 For the past eight years, Nvidia has been building graphics cards that can stream games over the internet — effectively putting some of the power of a gaming PC inside your less potent Windows laptop, MacBook, or phone. Today, the company’s finally ready to let North America and Europe sign up to pay for its GeForce Now service, starting at $5 a month, while also offering unlimited one-hour free trials that don’t even require a credit card.

The idea might sound familiar if you’ve heard of Google’s Stadia service, Sony’s PlayStation Now, Microsoft’s upcoming xCloud, or even Nvidia’s GeForce Now. (It’s been in beta for years and years, and also had a false start.) Each service operates on the same basic principle: delivering games much the same way you can stream a YouTube or Netflix video right now.

Google Stadia review: the best of cloud gaming is still just a beta

Unlike Google, Sony, and Microsoft’s offerings, Nvidia has a very different pitch. It’s your existing library of PC games that you can now play anywhere, instead of having to buy new games and / or subscribe to a Netflix-like catalog. Nvidia supports Steam, the Epic Games Store, Battle.net, and Uplay, and it runs instances of each for you in the cloud. You can log into your accounts, download many of your existing purchases near-instantly to your cloud desktop, sync your old save games, and pick up where you left off in a couple of minutes at most — no patches necessary.

I’ve been testing out GeForce Now (GFN) on and off for a number of years now, and it’s my favorite cloud gaming service because I can keep playing the games I’ve already been playing on my gaming PC on a weak Windows laptop, MacBook, Shield TV set-top, or Android phone instead. (There’s no iPhone or iPad support planned, but Nvidia says it’ll bring a WebRTC version to Chromebooks towards the end of Q1, which potentially opens the door to web browsers, too.) While the streaming quality isn’t quite as good at Stadia at its best and I wouldn’t recommend it for competitive gaming, I did beat Genichiro in the brutal Sekiro: Shadows Must Die over a GeForce Now connection.

The primary catch is that you need an excellent internet connection, a capable Wi-Fi router or Ethernet cable, and you must live somewhere that isn’t too far away from Nvidia’s servers to begin with. The company says its nine data centers in North America and six in Europe can reach 80 percent of broadband homes within 20 milliseconds — speedy enough for games to feel like they’re not lagging behind your button press — and it claims it’s achieving 10ms round-trip latency with its partners in Tokyo, (SoftBank), Seoul (LG U+), and Moscow (GFN.ru), some of which are still in testing. Nvidia’s talking to carriers in the US, too, but there’s nothing to announce yet. 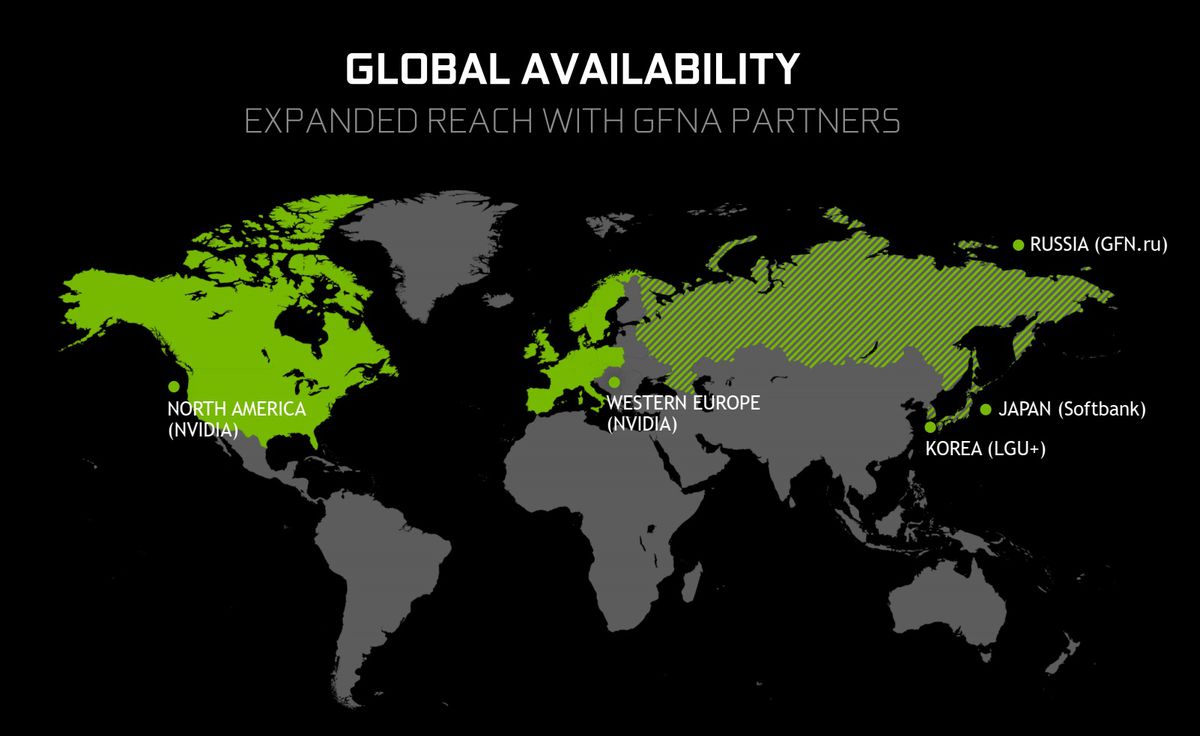 And though you can bring your own games, you can’t bring all of them. While Nvidia has a substantial list of hundreds of titles, including huge multiplayer hits like Fortnite, DOTA 2, Overwatch, PUBG, Destiny 2, and Rainbow Six Siege, it’s also conspicuously missing games from Capcom, EA, Konami, Remedy, Rockstar, and Square Enix, even though some of those publishers participated during the beta period. That means no Grand Theft Auto V, Monster Hunter World, or Red Dead Redemption 2, all of which regularly appear in the top ten most-played games on Steam.

While Nvidia is also taking this moment to upgrade its cloud gaming servers with ray-tracing-capable RTX Server graphics cards so you can now play a ray-traced game even on your Android phone, it’s a shame that flagship RTX games Control, Shadow of the Tomb Raider, and Final Fantasy XV are missing from the launch lineup. “We’re going to charge 0 percent of their sales, we’re making it easy for them to say yes... but some [publishers] are taking a wait-and-see attitude,” Nvidia GeForce Now boss Phil Eisler tells The Verge.

It’s also worth noting that there are over 1,000 games that Nvidia supports but doesn’t cache locally in its server farms, meaning you’ll need to “download” them to Nvidia’s servers each time you play.

Catch number three: you can’t play whenever you want for as long as you’d necessarily like. You can play an hour at a time for free, but you might have to sit on a waitlist; if you’re paying $5 a month for the “Founder’s” plan, you get priority access and can play for six hours at a stretch. That seems like more than plenty for me, and Nvidia will alert you well in advance so you can wrap up a session, but it’s something to keep in mind. 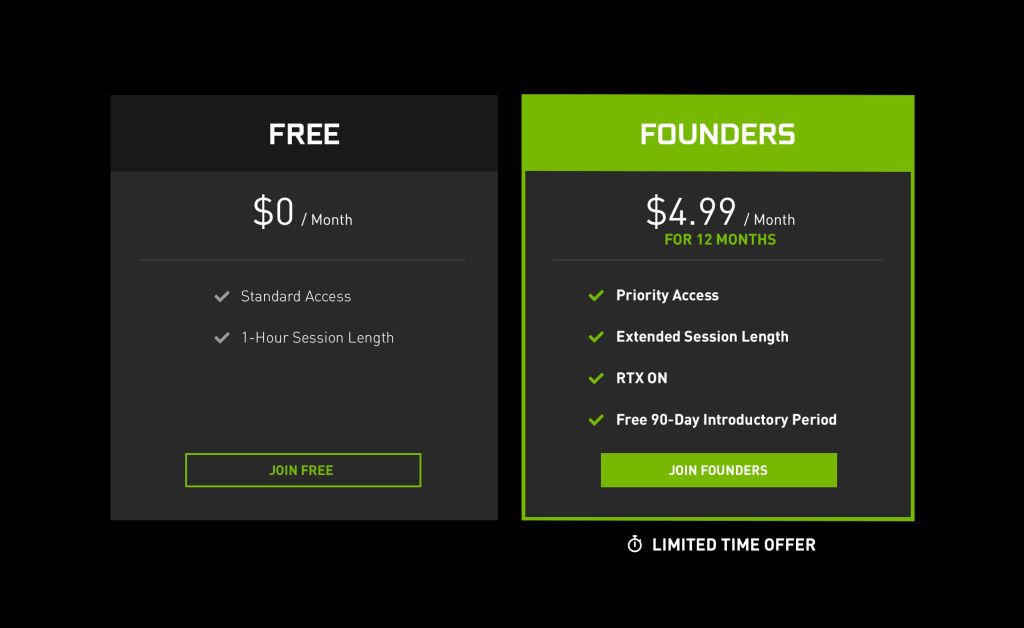 Lastly, you should know that Nvidia’s $5-a-month “Founder’s” plan is a limited availability deal to reward early adopters, and it’s not clear what the final price might be like. Nvidia says it’s doubled the capacity of GeForce Now as part of this launch, and it should be able to support over 600,000 players now, but it doesn’t want to overcrowd them, so it’ll be cutting off access to “$60 for a year + 3 free months” deal once it hits a certain capacity.

But the nice part is that you don’t have to take my word. Unlike the current state of Google Stadia, you won’t have to invest in $130 worth of hardware just to try out a glorified beta, then buy your games again, wondering when Google’s free tier might arrive. You can sign up to try Nvidia’s free tier right now, try it with games you already own for an hour at a time, and see if it works for you.