Supplier criticised by Ofgem over problems that affected more than 500,000 customers

Ovo Energy is to pay £8.9m after the energy watchdog uncovered a series of issues including misbilling more than 500,000 customers for three years.

Ofgem heavily criticised Ovo, which recently became the UK’s second largest energy supplier after completing a £500m takeover of SSE’s energy supply arm, saying the company knowingly ignored the problems while it focused on the expansion of its business.

Ofgem said Ovo did not “self-report the majority of the issues despite being aware of them and was slow to put things right”.

Anthony Pygram, the director for conduct and enforcement at Ofgem, said: “Ovo Energy billed a number of its customers incorrectly and issued them with inaccurate information. The supplier did not prioritise putting these issues right while its business was expanding.” 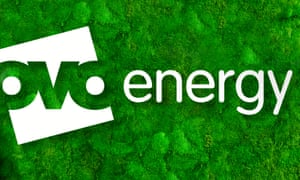 Ofgem’s investigation uncovered a string of long-running problems, including more than 500,000 customers being sent inaccurate annual statements for three years. Many did not even receive a statement. Other problems included about 10,000 customers not being given renewal terms when their tariffs were ending, or not being moved to new tariffs, and inaccurate charges relating to 25,500 customers and the prepayment meter cap.

Ovo Energy accepted that for a period of more than five years, failings in its IT systems and compliance processes resulted in too many customers receiving inaccurate or incomplete information. However, the company also defended its track record with customers.

“Ovo Energy holds itself to high standards but we have not always got it right,” the company said in a statement. “Since the day we were founded, serving our customers has been our number one priority. We strive to give them the best experience by working hard to provide the latest digital innovations and excellent service.”

The company has fixed the problems and refunded customers affected by overcharging on the prepayment meter cap. The company has agreed to pay £8.9m into a voluntary redress fund to help vulnerable customers.

“Our enforcement action sends a strong message that suppliers must get basic services right for all their customers,” Pygram said. “Ovo Energy has accepted the breaches and put processes in place to comply with the rules in future.”

In a second Ofgem ruling, Utility Warehouse is to pay £650,000 for overcharging 3,430 customers because of a system error when the price cap was applied.

Utility Warehouse self-reported the glitch to Ofgem, confirming overcharges of £150,000. The company has refunded the affected customers and compensated them with an extra £300,000 in proactive goodwill payments. In addition, Utility Warehouse is paying £200,000 into Ofgem’s voluntary redress fund.

Ofgem said it had decided against ordering a larger overall payment, or taking formal enforcement, because of the steps Utility Warehouse had taken to report the matter, correct the situation and put measures in place to ensure it does not happen again.