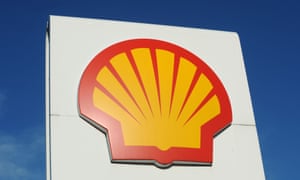 Profits at Royal Dutch Shell halved in the final quarter of the year, hit by sliding oil and gas markets.

The results fell below analysts’ expectations, sending Shell shares down almost 4% to £20.52, their lowest level in two and a half years.

The company blamed weaker oil and gas prices, which drifted down last year due to a well-stocked global market and concerns over global economic growth which dampened demand for fossil fuels. 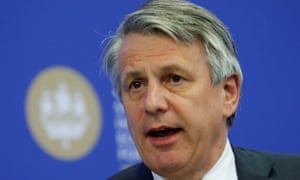 The benchmark oil price for Brent crude averaged $64.36 a barrel last year, down sharply from over an average of just over $71 a barrel in 2018. Shell was dealt a double blow by falling gas prices. The average price of gas fell to $2.59 per million british thermal units (mmbtu) last year from $3.13/mmbtu.

The oil giant still spends just a tenth of its total capital investment on “new energies” each year, and risks falling short on plans to invest up to $6bn (£4.6bn) in green energy projects between 2016 and the end of the year.

Shell’s profits for the year fell narrowly short of expectations after the disappointing final quarter. City analysts had expected the Anglo-Dutch fossil fuel giant to report profits of $16.74bn for the year, and $3.22bn for the last quarter of 2019.

Despite the tough financial year Van Beurden vowed to complete the company’s plan to pay back $25bn to shareholders who had accepted shares in lieu of dividends in recent years.

The share buy-back programme was expected to end this year, but the pace will depend on Shell cutting its debt and on other macroeconomic conditions.

Shell raised fears of a delay to the programme after warning investors late last year that it would take a $2.3bn hit in the fourth quarter due to a weaker global economy. Other major oil companies including Chevron, BP, Repsol and Equinor have all written off billions of dollars due to a slump in US shale prices.