Facial recognition technology is getting more sophisticated each year and is now being used commercially as identification instead of passwords as well as being adopted by the Metropolitan police in London. Our UK technology editor, Alex Hern, explores the questions it raises about privacy. Also today: Jamie Grierson on the security response to Sunday’s terror attack in south London

How to listen to podcasts: everything you need to know

Police commissioners believe this could revolutionise the fight against crime, and after another terrorist attack this week public pressure for improved surveillance is likely to increase. However, campaigners warn that we could be ushering in the kind of society George Orwell envisaged in his dark novel Nineteen Eighty-Four.

The Guardian’s UK technology editor, Alex Hern, looks back at the origins of automated facial recognition and the ethical questions that have arisen as it has developed. 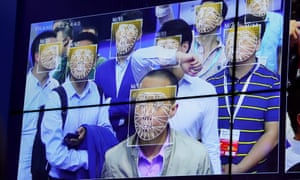