Uber to be profitable by end of 2020, CEO Dara Khosrawshahi says 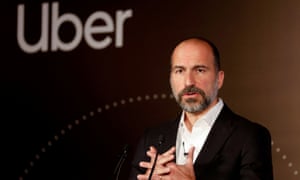 Uber’s chief executive, Dara Khosrowshahi, said on Thursday that the heavily loss-making ride share company expects to be profitable by the end of 2020, news that sent its share price soaring in late trading. 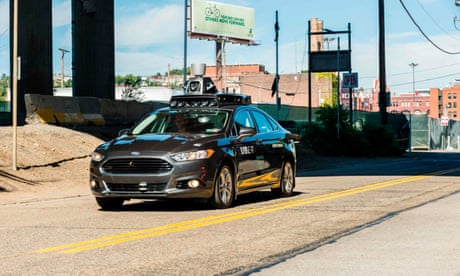 Releasing its latest quarterly figures, Uber announced a loss of $1.1bn for the last three months of 2019, less than analysts had expected, but still bringing losses for the full year to $8.5bn. Revenues climbed 37% to $4bn.

The company has moved to slash costs in the face of growing antipathy from investors to loss-making companies. In October hundreds of employees lost their jobs at Uber Eats, its food delivery service, and in its marketing and recruiting departments. the company has also sold off some businesses, including Uber Eats India.

“We recognize that the era of growth at all costs is over,” said Khosrowshahi.

At the same time the company has faced regulatory headwinds. It is suing to stop a California law that would give better protections to gig workers and lost its license in London last year after authorities found that more than 14,000 trips were taken with drivers who had faked their identities.

Uber had previously pledged to be profitable in 2021. News that it would make that goal earlier sent shares up 8% in late trading. But skepticism remained.

Alyssa Altman, the transportation lead at digital consultancy Publicis Sapient, said: “Uber’s latest attempt to shed money-losing businesses with the sale of Uber Eats India to Zomato and the acquisition of Careem [a Dubai-based car hire company] now closed, while promising, don’t guarantee it will dig itself out of the financial grave it dug for itself.”