What’s the minimum specification for someone buying a PC? 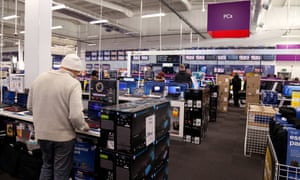 I am working on a project that helps various groups in the community to become more PC proficient, and some clients now wish to purchase their own systems for the first time. What is the best advice to give them about specifications etc, bearing in mind their finite budgets? A user who wants a desktop PC to deal with email and social media, office files, surfing the web and streaming some video will also need to buy peripherals, including a monitor. Some will need a printer. Often the advice will be to get the best PC possible, but they may not get the full benefit if other parts of the system are too compromised. David

Almost every PC on the market will perform basic tasks such as writing emails and browsing the web. Even cheap laptops can run Microsoft Office and its rival suites, which are relatively lightweight by today’s standards. Most can also do simple photo and video editing, though rendering and other video processing tasks can take a very long time. The problem is not so much the type of task as the resources required by the software and the size of your files.

Any PC should be able to handle a one-page letter and post messages on Facebook. Editing 500-page illustrated books or Excel spreadsheets with millions of cells is a different proposition.

Either way, it’s better to have too much power than too little. It makes everyday computing more comfortable, and provides some future-proofing. Peripherals are peripheral, and replaceable.

I don’t want to repeat last week’s description of the desktop’s advantages over laptops in terms of expandability, reparability and upgradeability, but someone on a finite budget can start with a cheap refurbished desktop and improve it as they go along. But this is only worthwhile if the CPU is fast enough to last a few years, when you can replace the PC and keep the peripherals.

For example, you can start with 4GB of memory, a traditional hard drive, a cast-off screen and a cheap printer, and improve the system when you can afford new parts. Most desktops can now handle up to 32GB or more memory – check first – and you can replace a slow hard drive with a fast, chip-based SSD. You can easily replace the original monitor with a bigger, brighter screen, which you can’t do with a laptop.

Short of replacing the motherboard, most desktop PCs are easy to upgrade, once you overcome the fear factor. Often there are YouTube videos to show you how it’s done. 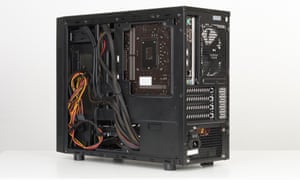 Monitors have improved a lot in the past decade. You can now buy them for £100 or less, so that’s what I usually recommend. The corollary is that most older screens are not worth very much second hand, no matter how much they cost when new.

Second hand printers are even less attractive, unless they are proper business machines or laser printers. Consumer inkjets are cheap and disposable because the real money is made supplying ink cartridges.

You may be able to source hardware cheaply, from refurbishers, or free. A worthy community group might be able to get a local newspaper to run their story, along with an appeal for unwanted hardware. You will probably have to collect it, and you may be offered quite a lot of junk. However, people can develop hardware skills on junk PCs, and extract parts to sell on eBay. If not, securely wiping hard drives and recycling old PCs is still a useful social function. 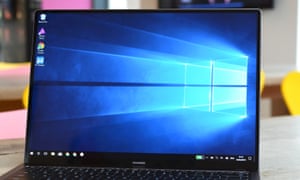 Thanks to two long-term trends, most PC buyers can now afford a system that will run Microsoft Windows 10 reasonably well. First, as always, components have become cheaper and more powerful thanks to technological and manufacturing advances. Second, Microsoft has spent a decade making Windows more efficient. Today, Windows 10 usually runs on PCs that could run Vista well in 2006 or Windows 7 from 2009. Not many operating systems can claim that.

But the fact that Windows 10 runs in 2GB of RAM does not make it a good idea. You get much better performance with 4GB, which (roughly) provides 2GB for Windows and 2GB for browser tabs.

Indeed, given that memory modules are now cheap – you can buy 8GB for about £30 – it doesn’t make sense to use less.

When a Windows 10 upgrade arrives, you need enough room for the download, the new version of the operating system and the previous version, all at the same time. The old version is stored in the Windows.old folder so that you can restore it if something goes wrong. PCs should update correctly if given extra space on a USB thumbdrive or an external hard drive. However, if you start with only 64GB, you may end up running the Disk Clean-up app (remember to click “Clean up system files”) and deleting stuff to make space for updates.

Today, I think the minimum specification for Windows 10 or Linux Mint is 4GB of memory and a 120GB SSD, but everyone should aim for 8GB and a 240GB or larger SSD. Video editors, photographers, gamers and “power users” will want, and often need, more. 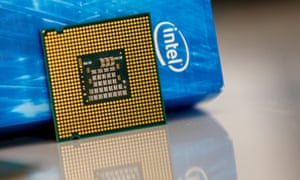 Picking a processor is the trickiest part of buying a PC, because their relative merits are far from obvious. Real-world processor performance is influenced by the amount of memory, the type of storage and the cooling system, which includes the fans and the case. (In thin laptops, the CPU can be throttled to stop it from overheating, reducing performance in the process.)

No one who sits down at an unknown PC can tell which CPU it’s using without looking it up. Often, differences don’t become evident until you have real work to do, or try to play a demanding game. If you just run Notepad, a slow system might look like fast one. If you try to reprocess an MP4 video, the fast one may take a few minutes and the slow one hours.

Businesses can justify buying PCs that are fast enough to run their business processes because time is money. It’s worth doing a task just a few seconds faster if it’s repeated dozens or hundreds of times a day over many years. Home users usually don’t know how much time their PCs are wasting, and if they did, they probably wouldn’t care. If you’re only using a PC for a few hours a week, you won’t spend a fortune getting a browser to load five seconds faster.

There’s also a subjective aspect: speed is what you are used to. For example, one of our seven-year-old Core i5 laptops seems a bit slow from the relative height of my six-core desktop, but some visitors have been impressed by its speed. They have a different concept of “normal”.

So, from a psychological point of view, your clients should try to buy PCs that are as fast as the ones they are using now, or faster. Using what feels like a slow PC can be frustrating, whatever its real performance. 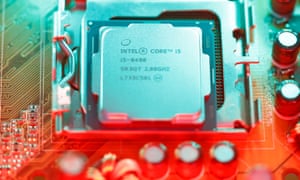 The good news is that lots of old desktop processors still perform well by today’s standards. In response to the market’s move to ultra-thin laptops, Intel has been developing chips that use less power, generate less heat, need less cooling and provide longer battery life. Since 2005, it has focused on providing more performance per watt, rather than more raw performance. As a result, the Core i5-2500 that came out a decade ago is still faster than some new laptop chips because it runs at a <a data-hook="linkVie